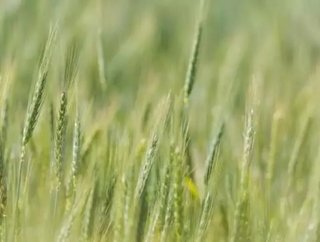 The need for better sustainable practices in agriculture has never been more important, and major global businesses are taking notice of how important t...

The need for better sustainable practices in agriculture has never been more important, and major global businesses are taking notice of how important this issue is and how they can incorporate better practices into their own supply chains. As a major part of global beer conglomerate SAB Miller, South African Breweries (SAB) is a brewing company with a lot of power and influence—and according to a new report, the brewing company is making an effort to use that influence for good. SAB recently announced the launch of a new sustainable agriculture program in Taung, a city in South Africa’s North West province, with the goal of helping barley farmers develop more sustainable and economically viable farming methods.

The “Better Barley Better Beer” program, created in partnership with the World Wildlife Fund for Nature of South Africa (WWF-SA), will involve the participation of 102 emerging farmers working across more than a thousand hectares of irrigated land in and around Taung. The program will focus on education and improvements in issues like water reduction, ecosystem protection, defense against invasive plant species, and attention to soil health, with an overarching goal of improving carbon footprints.

“Supporting the growth of emerging, small scale producers and their migration into the mainstream agricultural sector is a critical area of focus for SAB,” said Thinus van Schoor, General Manager SAB Maltings and Hop Farms, in a press release from SAB. “We are developing and supporting a sustainable, reliable and commercially competitive local agricultural footprint able to provide SAB with its total raw material requirement.  This will help to create jobs, strengthen the local economy and build SAB’s supply chain.”

This is not SAB’s first foray into conservation and sustainability—a year ago SABMiller Plc announced ambitious sustainable development goals for 2020, including sustainable and responsible land use and creating a smaller carbon footprint. This new SAB program is a natural extension of SABMiller’s overall goals.

With this in mind, it makes sense that building SAB’s supply chain is an important component of the “Better Barley Better Beer” project as well—while the program provides significant support to local farmers, it is a program of mutual benefit. Grain is a key ingredient for beer production, and farmers in Taung provide SAB with around 7 percent of the total irrigated barley crop produced—they also provide SAB with around 10,000 tons of corn, or around 6 percent of the brewing company’s corn demand. In addition to creating a sustainable source of income for smallholder farmers, the hope of the program is also to create a stronger and more sustainable broad based supply chain for SAB.

In other words, success in this program would a win for South African Breweries and SABMiller, as well as a win for the land that the barley is grown on and the farmers who tend it.