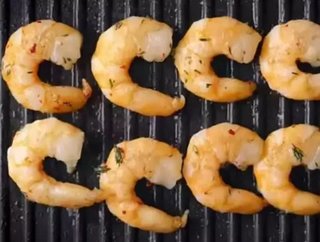 If you’ve ever wondered how to create a video that will grab your consumer base’s attention simply and effectively, look no further than the “Adventures in Imagination” TV advert that UK retailer Marks & Spencer launched for its M&S Food department. Set to an instrumental version of “Rather Be” by Clean Bandit, food seems to swirl in perpetual movement, filmed in tightly framed shots against a stark black background. Mushrooms and shrimp transform on a grill, oil and balsamic vinegar separate in patterns, and soft cooked Scotch eggs, passionfruit, and truffles are sliced open to spill their inner secrets.

“Over the last decade, consumers’ culinary tastes have become more adventurous and Britain’s love affair with food has really ignited," says Patrick Bousquet-Chavanne – Executive Director of Marketing and International at M&S, in a press statement addressing the launch of the new campaign. "Our new campaign reflects this shift and uses a different language to the price focussed supermarkets. It brings to life the hundreds of new ideas we have in our Food Halls every month by showcasing the sensual and surprising aspects of food – like its textures and movement – in a modern, stylish and precision format.”

It’s visually stunning, evocative and breathtaking – and without feeling like a commercial, the products never stop being the unmistakable center of attention. The commercial has been received extremely well, and it isn’t hard to see why. If it doesn’t make you hungry, you might just not like food at all.