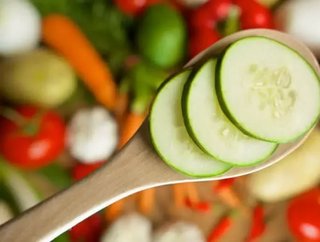 With its range of restaurant reviews and its quirky Slot Machine mechanic for discovering new restaurants in your area, Urbanspoon is one of those uniqu...

With its range of restaurant reviews and its quirky Slot Machine mechanic for discovering new restaurants in your area, Urbanspoon is one of those unique apps that should have the potential to stick around forever. But Urbanspoon, as we know it, will soon be a thing of the past: Zomato, an up and coming New Delhi-based restaurant discovery site, has acquired the app from previous parent company IAC as its way of entering the US market.

While the financial specifics of the acquisition were not publicly disclosed, TechCrunch is reporting that its sources put the deal at somewhere between $50 million and $60 million making it one of the largest ever acquisitions of a US company by an India company. Zomato achieved this by raising an impressive $113 million in funds, which it has used in part to acquire several apps and expand its presence at a rapid pace.

According to the Zomato website, the brand currently serves more than 35 million foodies across 19 countries around the world from Portugal and Brazil to Qatar and the UAE. The purchase of Urbanspoon marks its launch in the United States and expansion in Australia and Canada, and is expected to as much as double Zomato’s current consumer reach. But to facilitate this expanded reach, as Mashable notes, Urbanspoon will be dissolved completely into the Zomato brand:

“We will convert everything to Zomato,” Goyal said. “The brand is important for us. A lot of people respect it for what they’ve done. But we have to make a long-term versus short-term decision. In the longer term it should all be one brand.”

In other words, Urbanspoon users will soon find themselves redirected to the Zomato app. TechCrunch reports that this process should be underway by the end of March. But will Urbanspoon’s fan base take to this new brand? If so, and if Zomato is able to understand and support consumer needs in its new markets, it could be successful in giving competitors like Yelp a run for their money.