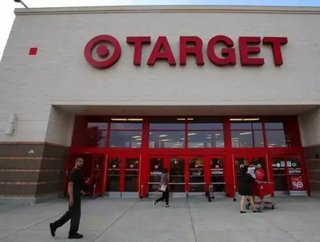 Target Corporation is still picking itself up after the fallout from its massive security breach last November, restructuring its corporate governance w...

Target Corporation is still picking itself up after the fallout from its massive security breach last November, restructuring its corporate governance with the resignation of several high ranking executives – up to and including Target CEO Gregg Steinhafel stepping down in May 2014. That resignation left CFO John Mulligan in charge of the nearly-2,000 location discount retail chain until an appropriate replacement could be found to lead the chain forward. Nearly three months later, Target has found that leader in Brian Cornell – the first CEO brought in from outside in Target’s history.

Effective as of August 12, Brian Cornell will be stepping up to the plate as the new CEO and Chairman of the Board at Target Corporation. With the intense turnover of Target’s executive team over the past year, it makes sense that the brand looked elsewhere for a CEO with previous experience – but if he didn’t come from Target, where did Cornell get the experience that Target needs?

Cornell was brought over from PepsiCo, where he had served as CEO of the brand’s Americas Foods division since 2012. It’s a smart move, as Cornell has a proven track record: PepsiCo recently posted an expectation-exceeding 4 percent sales growth in its Americas Foods division, thanks to Frito-Lay and further growth in the global snacks segment. Numbers like these show that Cornell knows how to aggressively move a brand forward toward growth, while Cornell’s prior roles as CEO of Michaels Stores and President and CEO of Walmart subsidiary Sam’s Club shows that Cornell also has the chops to carry a major retail chain. According to a press release from Target, that combination of traits is exactly what the chain is looking for in a new chief executive:

“As we seek to aggressively move Target forward and establish the company as a top omnichannel retailer, we focused on identifying an extraordinary leader who could bring vision, focus and a wealth of experience to Target’s transformation,” said Roxanne S. Austin, interim non-executive chair of the board. “The Board is confident that Brian’s diverse and broad experience in retail and consumer products as well as his passion for leading high performing teams will propel Target forward.”

Cornell also expressed optimism about the new role he’s taking on, and his plans for moving forward:

“I am honored and humbled to join Target as the first CEO hired from outside the company.  I am committed to empowering this talented team to realize its full potential, lead change and strengthen the love guests have for this brand,” said Cornell. “As we create the Target of tomorrow, I will focus on our current business performance in both the U.S. and Canada and on how we accelerate our omnichannel transformation.”

It’s a bold move, and a new direction for Target. But this injection of a fresh vision could be just what the brand needs to put a troubled year behind it and take business to the next level.