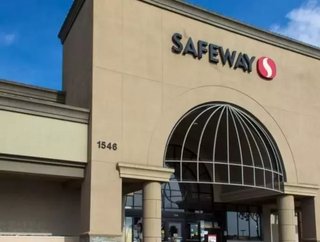 In March, Albertsons LLC (owned by parent company Cerberus Capital Management) announced that it would be merging with supermarket competitor Safeway, a...

In March, Albertsons LLC (owned by parent company Cerberus Capital Management) announced that it would be merging with supermarket competitor Safeway, acquiring all outstanding shares at a rate of $32.50 cash plus stock in gift card subsidiary Blackhawk Network Holding for $3.95 per share to Safeway shareholders. The acquisition also included a stipulation for the monetization of Safeway’s 49 percent equity interest in Mexico-based retailer Casa Ley, S.A. de C.V. – but the exact terms of this proved to be a sticking point with some shareholders, who filed suit against the merger.

This week, Safeway and its opposing shareholders reached an agreement that will allow the merger to move forward as planned. According to reports, the settlement reached between Safeway and shareholders means that the brand must now sell off its equity interest in Casa Ley by 2017, a year earlier than the terms originally agreed to in the merger. Originally, shareholders would receive no benefit from any unsold equity in the retail brand – now, shareholders are to receive the fair market value of any Casa Ley equity that remains unsold by the deadline.

In a statement to the press, Safeway still called the shareholder challenge “entirely without merit.” Nonetheless, it was important to settle the issue as soon as possible, rather than letting it drag out in court. Albertson’s and Safeway are both looking forward to the success of this acquisition – Albertsons is paying roughly $9.2 billion for the deal, and Safeway’s board of directors approved the deal unanimously. So whether the lawsuit was with merit or not, being able to put it behind them and move forward with the business of merging strategies and planning for the future is valuable in and of itself.