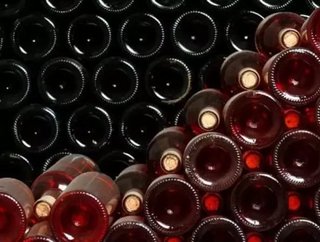 Quebec is currently in talks to start charging deposits and offering a refund for the collection and return of used wine bottles. But not everyone is to...

Quebec is currently in talks to start charging deposits and offering a refund for the collection and return of used wine bottles. But not everyone is too pleased about this new plan in the works—particularly the Société des alcools du Québec (SAQ), the province’s official liquor board. But why is the SAQ so against the idea?

According to the Montreal Gazette, this would place Quebec alongside every other Canadian province with the exception of Manitoba in the implementation of a wine bottle deposit fee program. Deposit fees would be 10 cents for bottles and 15 cents for cans, but bringing those bottles back would earn consumers 20 to 25 cents.

Supermarkets, grocery stores, and other locations near SAQ outlets would be tasked with housing automated machines that could sort out which bottles can be recycled. It’s a little more work and space to spare, but overall it’s not a bad deal for grocery chains. After all, an invitation for consumers to return their used bottles is also an invitation for them to return to the store in general—it’s highly likely that those consumers will end up shopping for more while they’re there.

But the SAQ is unconvinced that this new plan is a good idea. As the Montreal Gazette reports, the implementation of a new deposit system would “require a major overhaul of its existing infrastructure” that could end up costing more than $250 million. Quebec’s curbside recycling program bacs+ is backing up the SAQ as well, issuing a statement that there are other solutions that could be cheaper and more efficient for the province.

It doesn’t seem likely that a 10 to 15 cent price increase for a deposit fee would have a massive effect on alcohol sales for the SAQ. Still, any noticeable price hike no matter how small is unpleasant when it has to be passed along to consumers. But despite its concerns, it appears that the province is close to a pilot program taking effect in Montreal.