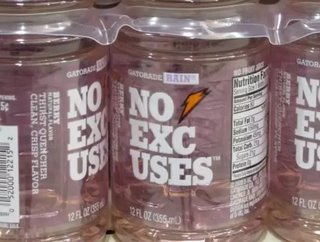 What happens when an institution you sponsor is caught up in a scandal? There are always two choices: you can either express outrage and pull your fundi...

What happens when an institution you sponsor is caught up in a scandal? There are always two choices: you can either express outrage and pull your funding wholesale, or you can offer your opinion (and your criticism) while still continuing to keep faith in your strategic partnership. PepsiCo and Anheuser-Busch InBev, both major longtime sponsors of the NFL, both appear to take the latter route to varying degrees in response to the organization’s recent domestic violence scandals.

AB InBev responded earlier this week, expressing criticism and disappointment toward both headline-drawing players like Ray Rice and Adrian Peterson and the overall way that the NFL has handled the situation so far:

"We are disappointed and increasingly concerned by the recent incidents that have overshadowed this NFL season," the brewer stated. "We are not yet satisfied with the league's handling of behaviors that so clearly go against our own company culture and moral code. We have shared our concerns and expectations with the league. […] Unfortunately we are not prepared to share any additional details of our conversations with the league or our sponsorship activity at this time."

According to Ad Age, sponsorship experts are impressed at the “exceptional job” AB InBev did with their reaction and deft ability to allow for their sponsorship to continue while also not attempting to defend the NFL’s actions. Instead, they’re sharing words that could potentially speak volumes – a major organization like the NFL may be slow to respond to consumers, but they are certainly going to listen to the sponsors that financially support them.

Today PepsiCo, another major sponsor through products ranging from Gatorade and its flagship Pepsi soft drinks to Frito-Lay snacks, released a personal statement on behalf of CEO Indra Nooyi. In that statement, she also was unafraid to call out the cavalcade of bad behavior that has contributed to the poor light in which the league currently finds itself cast:

"I am a mother, a wife, and a passionate football fan. I am deeply disturbed that the repugnant behavior of a few players and the NFL's acknowledged mishandling of these issues, is casting a cloud over the integrity of the league and the reputations of the majority of players who've dedicated their lives to a career they love. When it comes to child abuse and domestic violence, there is no middle ground. The behaviors are disgusting, absolutely unacceptable, and completely fly in the face of the values we at PepsiCo believe in and cherish.”

But while she’s certainly not cheering for the NFL’s actions, she hasn’t given up on the league yet either. “Given PepsiCo's long-standing partnership with the NFL, I know Roger Goodell,” says Nooyi. “We have worked together for many years. I know him to be a man of integrity, and I am confident that he will do the right thing for the league in light of the serious issues it is facing.” The rest of her statement further shows optimism and confirms that PepsiCo won’t be pulling its support of the brand any time soon, as long as the NFL makes an effort to improve its policies:

“Over the past several days, it is increasingly apparent that the NFL is starting to treat these issues with the seriousness they deserve. Hiring former FBI Director Robert Mueller to conduct a thorough investigation is a positive step, as is hiring three prominent women with significant, relevant expertise and assigning another, who is an NFL official, to help shape its domestic violence policies.  These individuals must now be given the necessary time to review all relevant facts so that corrective actions can be taken, and well-tailored and effective policies against domestic violence and child abuse can be implemented immediately. […] The reality for Commissioner Goodell and the NFL is that they now have an opportunity to effect positive change with the situation presented to them.  I urge them to seize this moment. How they handle these cases going forward can help shape how we, as a nation, as a society, and as individuals treat domestic violence and child abuse."

It’s still quite possible that some consumers will be frustrated that PepsiCo and AB InBev didn’t react more passionately and revoke their support of the NFL completely – but on the other hand, it would likely draw an even larger amount of frustration from diehard football fans if they actually had. Withdrawing critical support from the NFL isn’t the kind of thing that the majority of the United States would take lightly, after all – it could ricochet into sales losses for Pepsi, Frito-Lay, or Anheuser-Busch as well. But like the words of an activist investor at a shareholder’s meeting, this approach seems the most even-keeled way to preserve partnerships while still calling for major changes – and perhaps being heard.