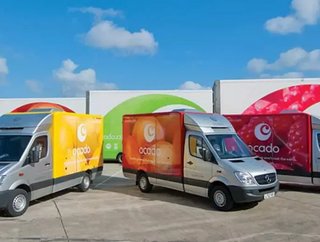 Online supermarket Ocado carved out double-digit revenue growth in the first quarter of its financial year, despite heavy snow in the UK disrupting its...

Online supermarket Ocado carved out double-digit revenue growth in the first quarter of its financial year, despite heavy snow in the UK disrupting its deliveries.

Extreme weather in the UK - known as the ‘Beast from the East’ - had threatened to disrupt Ocado’s stream of deliveries.

Yet despite the severe snow and ice nearly 3000,000 orders were delivered in the last week of the quarter with extreme weather conditions resulted in only a 1% drop in revenues in the quarter.

The group’s chief executive, Tim Steiner, said that he was “pleased” with Ocado’s strong underlying sales growth for the quarter despite the snow causing widespread disruption during the final week.

In recent months, Ocado has also moved to position itself as both a supplier of grocery retail technology as well as an online supermarket.

The online supermarket bolstered this position by signing deals with French firm Groupe Casino and Sobey’s in Canada to build automated warehouses and provides its platform to the companies.

The British firm has also moved to accelerate capacity at its own warehouse in Andover, investing in humanoid robots and other technologies, and is also set to open its fourth warehouse in London later this year.

"Taking advantage of the opportunities ahead of us is both challenging and exhilarating," Steiner said. "The business is firmly looking forward."