Is now the right time to experiment with e-commerce? 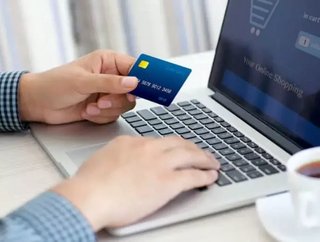 E-commerce is everywhere, especially as a tool for fledgling start-up brands to gauge interest on a made-to-order basis before scaling up to launch thei...

E-commerce is everywhere, especially as a tool for fledgling start-up brands to gauge interest on a made-to-order basis before scaling up to launch their products in the brick-and-mortar retail market. But is there a growing place for e-commerce in the food and drink industries even for top brands? Some are already experimenting with the idea, suggesting that it’s increasingly possible.

RELATED TOPIC: Is mascot nostalgia the next big marketing trend?

According to Adweek, Mondelez International introduced an e-commerce concept to a small test market in Europe with the idea of finding out how much of an interest there is in this as a viable marketing method. The experiment involved social media and video for Mondelez brands like Oreos and Cadbury chocolate, utilizing calls to action prompting consumers to try ordering products to their homes directly through both geo-targeted regional online shopping options and larger online retailers like Walmart or Amazon.

It appears that the European test run was successful, because now Mondelez is rolling out e-commerce across 25 countries worldwide.

Should you be investing in this type of move as well? It depends on the results you hope to achieve from the venture. If you’re hoping for a critical spike in sales, your marketing budget may be better spent elsewhere—analysts aren’t convinced yet that adding direct e-commerce to a major brand’s repertoire will revolutionize sales:

"I doubt that anyone at Mondelez or anywhere else thinks it will be groundbreaking or an enormous new revenue strategy, but it shows they're willing to test and learn," said Forrester Research analyst Sucharita Mulpuru. "It doesn't cost much to experiment in this way, and at least they capture some data and insights that could help personalization and marketing efforts later."

But if you approach the technique in the same way that smaller are newer brands are using it—as a way to not just make sales, but to gather data and better understand the tastes and habits of your consumer base—then online efforts could give you a strong edge over the competition:

“What Mondelez is able to do is track, to a certain extent, how people engage with this media and where they openly choose to buy," [Gartner analyst Jennifer Polk] said. “This could be a way to lay the foundation for things like product development.”

E-commerce won’t make a major brand’s relationship with brick and mortar retailers obsolete any time soon. But it could change the way you interact with your consumers—that’s a point that’s worth exploring further.