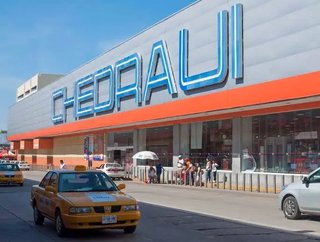 Chedraui’s California-based division, Bodega Latina Corp., has said that it is going to buy Fiesta Mart and all of its 63 stores in a supermarket tie-up that will create one of the largest Hispanic-focused grocery chains in the US.

There are 55mn Hispanic consumers in the US according to the Census Bureau, with the number projected to double by 2060.

What’s more, a recent report by Nielsen, says that the demographic spends $175 more per year than other consumers on high-value fresh foods.

Over 50% of the population lives within the five states where grocer operates, according to the firm.

"The acquisition of Fiesta allows us to meaningfully expand into Texas via an established, well-known supermarket operator,” said Carlos Smith, President and CEO of Bodega Latina.

“Through the combination of the strengths of our two organizations, we will be well positioned to significantly accelerate our vision of efficiently offering high-quality products at the lowest possible prices,” he added.

Founded 46 years’ ago to cater to the Hispanic population, Fiesta Mart has struggled in recent years to maintain consumer footfall amid mounting competition from grocery rivals such as Walmart.

"Combining the strengths of Bodega Latina with those of Fiesta will accelerate the evolution and growth of Fiesta through combining the parties' scale, geographic reach, talented teams, and market knowledge. Our team members are excited about becoming part of the Bodega Latina family and continuing to grow the combined company," Sid Keswani, CEO of Fiesta, added.