Costco Wholesale Partners with Alibaba for E-Commerce Debut in China 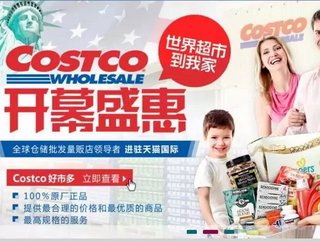 Costco Wholesale is known for its giant cavernous warehouse stores, packed to the brim with everything a consumer could ever want in bulk. But consumers...

Costco Wholesale is known for its giant cavernous warehouse stores, packed to the brim with everything a consumer could ever want in bulk. But consumers in China will be experiencing the Costco shopping experience quite differently. Costco is making the leap toward expansion into the Chinese retail market, but it’s doing so without actually touching down on solid ground. Instead, the chain is taking the e-commerce route, and has struck a deal with Hangzhou-based retail titan Alibaba Group to launch an online store for consumers in mainland China.

In particular, Costco has teamed up with a division of Alibaba Group called Tmall Global, an online B2C platform that allows retailers from around the world to reach consumers in China. It’s an altogether different setup for Costco than consumers in the United States would be used to. According to The Seattle Times, consumers in China won’t need to pay into a yearly Costco membership – a basic principle of the traditional Costco Wholesale model and one reason that the business is able to keep costs low. With the online model for Costco China, on the other hand, the lack of membership fees could perhaps be offset by the fact that Costco won’t have as many overhead costs like construction, rent, and salaries for retail employees.

As The Seattle Times adds, Costco executives are rightly optimistic about the benefits of this partnership and online growth into a potentially lucrative new market:

Costco’s head of international operations, Jim Murphy, said in a statement that “Costco sees tremendous growth opportunities in China, especially in light of Chinese consumers’ increasing appetite for imported products.” He added that Alibaba’s expertise in big data will help Costco find the best products for its customers there.

This could be a smart way for Costco to enter China’s retail market, using the power of e-commerce to learn about consumer habits and develop product procurement and growth strategies for the region while making less of an upfront financial investment. Once the brand has a strong online foothold, making the transition to brick-and-mortar in appropriate areas should be that much more smooth, seamless, and successful.