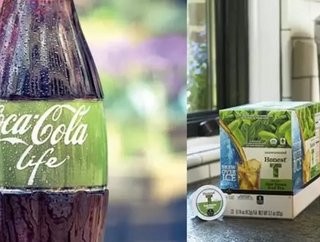 Its been a busy week for The Coca-Cola Company. Between strategic partnerships and new ad campaigns, the soft drink giant has a lot on its plate. After...

It’s been a busy week for The Coca-Cola Company. Between strategic partnerships and new ad campaigns, the soft drink giant has a lot on its plate.

After finding success in test markets in South America, the brand launched new Stevia-sweetened Coca-Cola Life in the UK in late August. Today, Coca-Cola revealed plans for a multi-million pound ad campaign across media platforms from billboards to print and television to promote the new calorie-conscious cola. According to representatives, this is the most significant new standalone product launch since Coke Zero back in 2006, and Coca-Cola plans to market it accordingly:

“This launch for us is a new member of the Coca-Cola family and we don’t do those sorts every year, and we don’t do those sorts of things by halves,” [Marketing, strategy and activation director, Bobby Brittain, told Marketing magazine.] “The plan is very straight forward in the sense that we’re going to drive very high levels of awareness and a very high level of trial,” he said. “It’s all about how it tastes, so we want people to try Coke Life for themselves. It’s going to be very comprehensive. There will be an absolute exhaustion of connection points with our consumer.”

Coca-Cola Life has more in common with Coke Zero than just a major ad campaign – it’s also aimed at a fairly similar target demographic of 20- and 30-somethings (read: older Millennials) who aren’t as keen on Diet Coke as their predecessors but are still trying to make somewhat smarter decisions for their health. As marketing efforts continue to ramp up and find success in the UK, Coca-Cola is also making plans to launch Coke Life in Sweden and back across the Atlantic in the United States.

But it’s not all Stevia and marketing campaigns for The Coca-Cola Company this week. That older Millennial demographic is also very into coffee and tea, and Coke is reaching the market yet again by expanding its partnership with Keurig Green Mountain Inc – a partnership that was started in earnest when Coke purchased a 10 percent stake in the coffee machine empire earlier this year, and more recently upped the investment to 16 percent.

According to a new statement by Coca-Cola, it will soon be launching its first brand within the coffee machine empire in the form of Honest Tea® K-Cup® packs:

“As we began to collaborate with The Coca‑Cola Company on the development of their brands for our Keurig Cold system, the opportunity to incorporate certain Coca-Cola brands, like Honest Tea, into our Brew Over Ice selections for our Keurig hot brewing system became an exciting possibility,” said Mark Wood, Senior Vice President, Global Hot Systems at Keurig. “Whether hot or cold, adding great brands like Honest Tea to the Keurig system is a part of our ongoing mission to provide consumers with unparalleled choice and variety.”

Coke’s Honest Tea offerings will be available in green and black tea, as part of Keurig’s Brew Over Ice collection meant for using its hot beverage system to make cold beverages. Coca-Cola also announced that it will also eventually launch “sparkling and still” products for the still in development Keurig Cold At-Home system, which will further put the brand in direct competition with brands like Soda Stream.

As we said, that’s a lot of announcements for one week. But if anyone’s expansive enough to manage it all, it’s likely Coca-Cola.