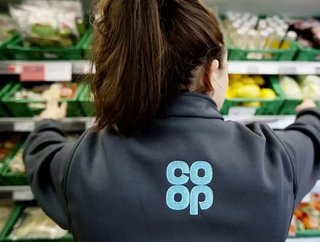 As part of its new £160mn investment programme, the UK retailer will also give major makeovers to a further 150 outlets in a bid to counter competition from budget grocers.

Last year the Co-op dropped to sixth position among the UK’s leading supermarket chains after being overtaken by discounter Aldi.

The German discount retailer increased its share of the grocery market to 6.2% from 5.6% over the same 12-week period of the previous year, surpassing the 6% share controlled by the Co-op, according to market research firm Kantar Worldwide,

Following the investment, more than 20 new stores are set to open in London, up to 18 outlets are planned for Scotland, 10 in Wales and others in cities and towns such as York, Plymouth, and Bristol.

“The Co-op is positively responding to the changes occurring within this dynamic sector. Our Food business is going from strength to strength in what is clearly a challenging retail market,” said Jo Whitfield, chief executive of Co-op Food.

“We have the ambition for our stores to be at the heart of local life, bringing communities together and offering our members and customers great quality products when and where they need them.”

Stuart Hookins, director of portfolio and development, added: "Our expansion plans for 2018 will mean that the Co-op is on track to have opened at least 100 new stores in each of three consecutive years.

"With over one million new active members joining us in the last year, we are always looking for new locations to get closer to where our members and customers live and work and to meet their shopping needs conveniently."

The major investment programme follows the group's announcement that it will bu Nisa Retail following approval by the Competition and Markets Authority approval.