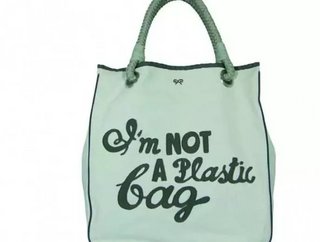 California is on the verge of taking a huge leap in the name of environmental conservation. This week California state legislature approved a statewide...

California is on the verge of taking a huge leap in the name of environmental conservation. This week California state legislature approved a statewide ban on single-use plastic shopping bags, kicking it upward to Governor Jerry Brown to sign and enact into law. If Governor Brown approves the ban, California will officially be the first state in the U.S. to ban single-use plastic bags altogether – and as one of the biggest states in the union, the law passing and proving successful could pave the way for similar laws in other states.

Very few industries have as big a stake in the outcome of this decision than the retail and grocery industries, which package consumer goods in millions of plastic bags every day. The bill aims to preserve resources and protect the environment from millions of pounds of plastic waste by encouraging consumers to use multiple-use cloth or thick plastic bags, which is already a habit for some but considered a hassle by others. We wouldn’t have been entirely surprised if the grocery industry turned out to be the bag ban’s biggest opponent. But as it turns out, the California Grocers Association (CGA) is rooting for the bill to pass into law:

According to Ronald Fong, president and CEO of the California Grocers Association, “California is on the cusp of making history. If Gov. Brown signs this bill into law, as we hope he will, we are confident we will see a seismic shift in consumer habits and a whole new crop of innovators and home-grown job creators in our state. “[The bill] will foster innovation, create homegrown jobs, safeguard businesses and protect California’s natural resources."

Fong added that most opposition pushing back against the bill has actually come from out-of-state interests, namely the plastic bag production industry that stands to lose many jobs if it loses the business of a state like California; still Fong asserts that the bill at least has the support of the grocery industry behind it:

“We are thankful our elected leaders saw through the tactics employed by out-of-state plastic companies seeking to block this measure and stood up to special interests who do not have California’s best interests in mind.”

There is still time for those plastics companies to sway the Governor’s mind – Gov. Brown has until September 30 to decide whether he will veto the bill or sign it into law. With impassioned voices on both sides of the debate, it will be interesting to see which way the final decision goes.