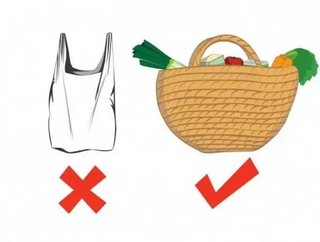 The grocery and retail industry in California is facing major changes. Today Governor Jerry Brown signed off on SB 270, making California the first in t...

The grocery and retail industry in California is facing major changes. Today Governor Jerry Brown signed off on SB 270, making California the first in the United States to enact a full statewide ban on single-use plastic bags. Grocery stores and pharmacies will be expected to fully transition away from single-use plastic bags by July 2015, and convenience stores and liquor stores will be subject to the same legislation by 2016.

“This bill is a step in the right direction – it reduces the torrent of plastic polluting our beaches, parks and even the vast ocean itself,” said Governor Brown in a press release from the Governor’s Office. “We’re the first to ban these bags, and we won’t be the last.”

While SB 270 is the first statewide plastic bag ban be enacted as law, California has been pushing in this direction on a piecemeal basis for years on the local government level. More than a hundred cities and counties throughout the state, from Salinas and Monterey County down to Laguna Beach and Los Angeles County, have already taken the initiative to enact plastic bag bans or taxes ahead of state legislature.

Still, the passage of SB 270 will have some major effects for grocery stores and pharmacies in the many remaining counties, cities, and towns that have not already banned plastic bags on their own. But the bill has taken this into account, and has included provisions with the associated stress of transition in mind. As stated, retailers have several months to get everything in order. In addition, CalRecycle has helped the state government to provide $2 million in loans to help retailers make the transition and create reusable bags to offer for consumers.

This has been a controversial issue, but the most important consideration is how the statewide grocery store industry feels about the decision – and as the California Grocers Association stated back at the beginning of the month when SB 270 passed the state senate, the trade association and the state’s grocers on the whole have taken a positive stance in support of SB 270s passage into law, point to out-of-state plastic manufacturing interests as responsible for the majority of the opposition. As long as the industry remains on the new law’s side, we should see a smooth transition over the course of the year to come.