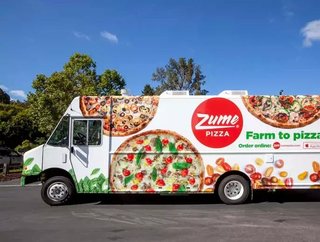 Zume Pizza, a tech start-up that uses robots to make pizza, has raised nearly US$50mn. The company, which employs a mix of robots and humans to create...

The company, which employs a mix of robots and humans to create and deliver pizza, has raised about US$48mn which is just US$2mn shy of its US$50mn goal, according to a Securities and Exchange Filing.

It had previously raised over US$23mn from AME Cloud Ventures, Maveron, SignalFire, and Kortschak Investments.

Founded in 2015, Zume Pizza is a delivery-only company that utilises big trucks outfitted with ovens and pizza-cooking robots that deliver fresh food to its customers.

The company employ far fewer workers than the average pizza chain but those which are hired get full benefits, education, subsidies and shares in the business.

Zume Pizza says that its business model helps to cut down on overhead costs such as rent and allows robots to replace humans in areas where the tasks are unsafe, boring, or repetitive such as spreading tomato sauce and placing pizzas in ovens.

More creative tasks such as food preparation, recipe development, and taste tests are left to its human employees.

As a result, the company has never had an employee quit, said Julian Collins, the company’s co-founder and CEO.

Since its retail launch. the start-up has expanded its delivery area across Silicon Valley and has added new team members including former UberEats executive Susan Alban and a robot which can reportedly press a mound of dough into a pizza crust five times quicker than the average human.

Other pizza companies within the food sector are also embracing new technologies and delivery services.

For instance, Domino’s launched its Easy Orders service in 2013 and later introduced a voice-activated feature on Alexa at the end of the July.

This allows customers to save their favourite order and submit it through Domino's website and app, Facebook Messenger or Google Home.