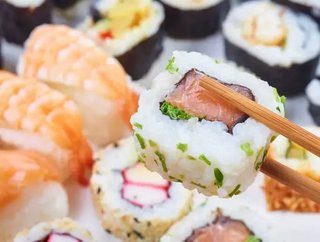 Sushi and bento chain Wasabi has secured a £30mn investment to fund its UK expansion plans. The funding from HSBC bank will allow the Japanese restaur...

Sushi and bento chain Wasabi has secured a £30mn investment to fund its UK expansion plans.

The funding from HSBC bank will allow the Japanese restaurant chain to roll out a series of new Wasabi chains across London.

It will also allow the firm to expand the brand’s Japanese and Korean bakery named Soboro.

On top of this, Wasabi also intends to use some of the funds to improve productivity at its warehouse and kitchen operations in London.

Launched 15 years ago by Korean entrepreneur Dong Hyun Kim, the chain has 51 stand-alone outlets as well as additional concessions in five branches of retailer Marks & Spencer.

“Continuing to drive expansion is top of our agenda and with HSBC’s support, led by our relationship director Chris Priest, the new financial year will see us increase the presence of both our brands in London,” said Frederic Lluch, Wasabi managing director. “We’ll also be looking to build on our strategic partnerships as well as continuing to look at operational advancements.”

“We have forged a good relationship with the Wasabi team, supporting the company’s growth both here and in the US over the last few years,” he said.

“We’ve been able to draw on our global expertise to put a competitive and tailored finance package in place which we hope will help the business continue to realise its future expansion plans.”