Ottolenghi to open biggest restaurant yet as profits soar 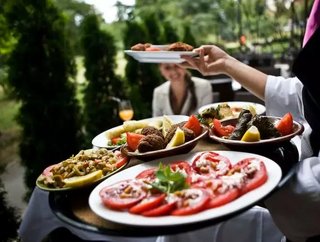 Mediterranean restaurant and deli business Ottolenghi is set to open its biggest restaurant yet in London’s Fitzrovia. The move comes as the Ottoleng...

Mediterranean restaurant and deli business Ottolenghi is set to open its biggest restaurant yet in London’s Fitzrovia.

The move comes as the Ottolenghi brand defied the downward trend in the casual dining industry to record pre-tax profit increases of more than 30%.

Founded by Israeli-British chef Yotam Ottolenghi, the company said that its London sites continued to outperform sales expectations, in contrast to other restaurant groups which have warned of declining business in the capital.

In its annual report, Ottolenghi revealed that it had signed a lease for a site in Wells Street.

Situated near London’s theatre district, the venue will feature “focused on vegetables and on produce brought directly from selected, outstanding farmers.”

In the 12 months up to April 20177, Yotam Ottolenghi's group of restaurants, delicatessens and food outlets saw pre-tax profits increase to GBP£1.1mn, up from £737,431 the year before.

During the same period, the Ottolenghi brand’s turnover increased by 5.4% to GBP£17.2mn, despite reporting that food price inflation had hit profits towards the end of the financial year.

The company has also expressed concerns about Brexit and the challenges it may pose to the labour supply and performance of the UK economy.

Speaking of the brand, the directors including Yotam Ottolenghi said: “We are immensely proud of all our teams working at each of our sites, and believe the business is only as good as the people it employs.”