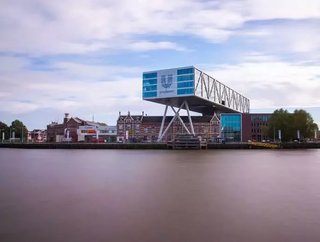 Unilever has confirmed that it intends to simplify structure by moving its corporate headquarters and domicile to Rotterdam, Netherlands, as part of a w...

Unilever has confirmed that it intends to simplify structure by moving its corporate headquarters and domicile to Rotterdam, Netherlands, as part of a wider organisation that will split the group into three divisions.

The global consumer goods company behind brands such as Marmite, Ben & Jerry’s and PG Tips, used to have a dual corporate structure with offices in both London and Rotterdam.

Through the move, Unilever will end near a century of residence in London.

Unilever's shares will continue to be listed in London, Amsterdam and New York stock exchange and the company said that its 10,000 employees in the Netherlands and the UK would not be affected.

Sold as the next stage of the company's transformation, Unilever has focused its vision around creating a 'more consumer-facing organisation that enables us to roll out global innovations faster and be more agile in responding to local trends'.

The consumer goods giants chose to review its dual corporate structure following a £115bn takeover approach from US firm Kraft Heinz a year ago.

Unilever is also shaking up its structure by turning its business  “categories” into three divisions with more financial responsibility - beauty and personal care and home care which will be headquartered in London and food and beverages which will be based in Rotterdam.

It also moved to dismiss any speculation that Brexit played a roll in the decision in the move.

"This is not about Brexit," said Unilever chief executive Paul Polman, adding that "both countries are attractive from an investment point of view".

He said that the move was being made for technical reasons because the majority of the company’s shares (55%) were traded in the Netherlands.

"The Board believes the move to three divisions and the simplification of our corporate structure will create a simpler, more agile and more focused company," said Chairman Marijn Dekkers.

"Our decision to headquarter the divisions in the UK and the Netherlands underscores our long-term commitment to both countries."