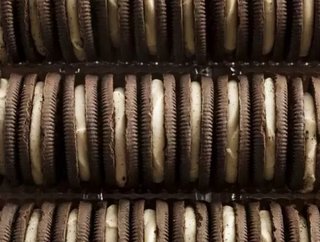 Mondelez International is getting ready to ramp up its production capabilities in the Middle East. The global snacks and packaged foods producer has jus...

Mondelez International is getting ready to ramp up its production capabilities in the Middle East. The global snacks and packaged foods producer has just announced that it has plans to invest $90 million in the building of a brand new biscuit manufacturing plant in Bahrain.

Mondelez plans to have the plant up and running by early 2016, with four initial manufacturing lines capable of producing a combined total of 90,000 tons annually – though after its first two or three years, the company may be able to expand its output within the plant even further. The purposes of this new plant is to lower production costs while ramping up production output to meet rising demands in the Middle East and Africa for products by Mondelez cookie and biscuit brands like Oreo, Ritz, and TUC:

"This investment in Bahrain is part of our ongoing supply-chain reinvention plan," said Daniel Myers, Mondelez International Executive Vice President, Integrated Supply Chain, in a statement issued by the business. "We're implementing several such initiatives around the world to capitalize on growing demand, while also reducing costs and improving productivity. We're pleased with our progress in regions, such as Mexico and India, where we've already begun to invest."

"We are investing for the future, and are very grateful to the Government of Bahrain for its long-standing and unwavering support of our investments here," added Vishal Tikku, Mondelez International's Area Vice President for the Middle East, during a joint ceremony today with Bahrain Minister of Industry and Commerce Dr. Hassan Fakhro. "We are seeing very rapid growth for our iconic brands across emerging markets, including the Middle East and Africa.”

The report also lays out the financial gains that Mondelez could stand to bring in from this investment – according to its estimates, Mondelez's supply chain revitalizations are expected to result in $3 billion in gross-productivity savings, $1.5 billion in net savings and $1 billion in incremental cash over the next three years. From there Mondelez is planning to put those savings back into the business through further improvements. But the benefits should extend beyond just the company itself as well: the new facility is expected to create at least 300 jobs for the local community.