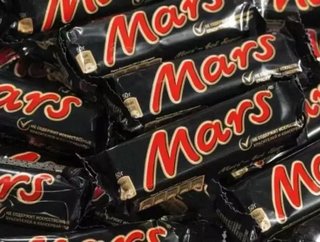 As the importance of corporate social responsibility continues to grow among consumers, businesses are looking for more ways to take ethics into account...

As the importance of corporate social responsibility continues to grow among consumers, businesses are looking for more ways to take ethics into account and ensure that their products are meeting these more stringent consumer standards. A new move from Mars Chocolate UK is an example of this shift. This week the chocolate company announced a launch throughout the UK and Ireland of the first Mars Bars produced with Fairtrade-certified cocoa.

RELATED CONTENT: Is the World Really Running Out of Chocolate?

Mars Chocolate UK also announced that with this move it is the first company in the United Kingdom to Fairtrade’s new Cocoa Sourcing Program. It’s all part of the Fairtrade Cocoa Program partnership that originally formed between Fairtrade and Mars’ Germany division in 2014. By working side-by-side with cocoa production co-ops in Cote d’Ivoire on new projects and training for improved planting techniques, Fairtrade and Mars together are hoping to raise standards for both cocoa-growing communities and sustainable cocoa production. This new Fairtrade Mars Bar launch is the next stage in the partnership and proof of Mars Chocolate UK’s commitment to supporting and making space for chocolate made with these higher standards.

“This is an important milestone in the MARS® Bar’s 83 year history. We’re proud to make one of the nation’s favourite chocolate brands and we’re now even prouder that the Fairtrade-certified cocoa we source for it is helping farmers to make their crops, and ultimately their livelihoods, even more sustainable. At Mars, ‘Mutuality’ is one of our guiding principles and this is a true example of sharing mutual benefits with partners throughout our supply chain.”

Michael Gidney, Chief Executive of The Fairtrade Foundation, also spoke about the partnership and what this decision on the part of Mars Chocolate UK means for cocoa growers around the world:

“The winning ingredient in this partnership between Fairtrade and Mars is that it puts farmers’ own organisations in control of improving their own livelihoods and cocoa production, and ensures much-needed investment to achieve mutual goals. We’re delighted that Mars, one our most iconic chocolate bars, is the first to join Fairtrade’s Cocoa Program in the UK, and that this will benefit some of the most vulnerable small-scale farming communities in Cote d’Ivoire.”

In 2009, Mars Inc. made a global commitment to sourcing 100 percent sustainable cocoa by 2020. This development in the UK and Ireland is an important step toward that initial commitment’s ultimate success.