How is Ebola Affecting the Chocolate Industry? 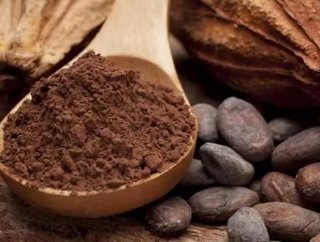 The Ebola epidemic afflicting West Africa has been a top concern for many people all over the world for a number of understandable reasons. Its affectin...

The Ebola epidemic afflicting West Africa has been a top concern for many people all over the world for a number of understandable reasons. It’s affecting various industries as well in pretty big ways, in particular the chocolate industry.

Thus far, the vast majority of the Ebola epidemic has been relatively contained to Liberia, Guinea, and Sierra Leone. But according to the Wall Street Journal, cocoa prices have been on the rise out of fear that the outbreak could spread into neighboring Ghana or the Ivory Coast where approximately 60 percent of the world’s cocoa supply is produced and sourced. In mid-September, the commodity price of spiked up significantly out of this concern – if cases are confirmed in regions where production occurs, scarcity could force those prices up further to all-time highs:

"The fear people have is that once Ebola is verified in Ivory Coast ... it will be pandemonium," said Hector Galvan, senior market strategist at RJO Futures in Chicago. "The worst case scenario—you lose virtually all cocoa exports out of Ivory Coast [or] Ghana for an unknown period of time."

Of course, when the price of a commodity goes up, that affects the price of practically everything else along the supply chain. Financial experts are noting that cocoa prices are stabilized for now, but if the outbreak spreads and the aforementioned scarcity comes into play – causing cocoa commodity prices to skyrocket – then confectionery processors will have to make the difficult decision to raise their product prices or cut their current formulas with substitute fillers until the market is brought back under control.

Those processors are already well aware of all the concerns that are arising, along with more personal concerns – thousands of farmers, distributors, and facility employees for companies like Nestlé, Mars, and Hershey live and work in Ghana and the Ivory Coast, and are under serious threat if Ebola spreads across the borders.  As the Wall Street Journal reports, this week Nestlé announced that it is “on high alert” due to the West Africa situation. The Switzerland-based food processing titan is one of several companies working with the non-profit World Cocoa Foundation to raise millions of dollars for the Red Cross and other charity organizations to put toward treatment and relief efforts. They’re just some among many working for that same goal – but by combining their help with everyone else’s, perhaps sooner rather than later those goals will be met and business can move forward with the current threat of chaos no longer overhead.