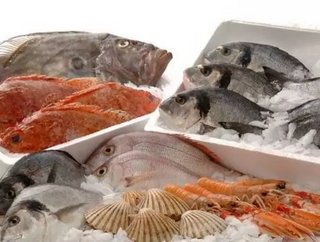 Already a giant in various sectors of the agriculture world, Its no secret that Cargill is expanding its interests in the increasingly important realm o...

Already a giant in various sectors of the agriculture world, It’s no secret that Cargill is expanding its interests in the increasingly important realm of aquaculture. Earlier this year Cargill’s Mexico division invested eight million dollars in improvements to its existing Tehuacan aquaculture feed plant, in a bid to increase its support and become the feed manufacturer of choice for Latin America’s aquaculture farms producing tilapia and more.

But what happens when expansions to your existing facilities aren’t enough? For a global corporation like Cargill, acquisition can be an appealing option. So in its largest push toward aquaculture to date, this month Cargill acquired Norwegian fish-feed producer EWOS in a $1.49 billion deal.

According to the Wall Street Journal, Cargill purchased EWOS—who specializes in fish feed for salmon and trout farms—from equity firms Altor Equity Partners and Bain Capital LLC, its previous owners who have held the property since 2013. This acquisition won’t just enhance Cargill’s standing in Europe: in addition to its seven fish feed manufacturing facilities in Norway, the deal also reportedly grants Cargill access to EWOS facilities in Chile, Canada, Scotland and Vietnam.

In other words, the deal puts Cargill in a strong position as a leading global fish feed manufacturer, which is exactly where Cargill wants to be:

“Fish is going to be an increasing part of the global provisioning of protein,” Marcel Smits, Cargill’s chief financial officer, said in an interview earlier this month. “We have every intention of playing in that domain.”

Pending approval, the acquisition is expected to be completed by the end of this year.