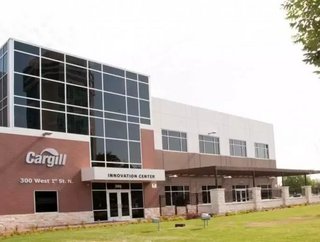 To keep your multinational corporation in the best working order possible, a strong support network in strategic locations is crucial. As one of the lar...

To keep your multinational corporation in the best working order possible, a strong support network in strategic locations is crucial. As one of the largest US-based corporations in business, Cargill likely understands that fact better than most. To better support its network of fifty subsidiaries throughout North, Central, and South America, Cargill has announced that it is launching a brand new service center in San Jose, in the heart of Costa Rica.

According to reports, this new service center will offer its subsidiaries support in the fields of logistics, transportation, and supplier sourcing, along with IT and human resources. Placing such a support hub in Costa Rica’s capital is a smart move: Cargill has had a strong presence in Costa Rica since the 1990s, employing over 4,000 Costa Ricans through the acquisition of such major Costa Rican brands as Cinta Azul, Kan Kan, and Pipasa Corporation.

But Costa Rica also has prominent subsidiaries in Argentina, Mexico, Colombia, and Panama – so how did Cargill decide that it would make this significant strategic investment in Costa Rica? That has a little bit to do with a lot of different factors. One such factor was apparently the success of similarly large multinational businesses like Walmart and Proctor & Gamble, who have also installed support centers in Costa Rica. Another major factor is Costa Rica’s relative political stability compared to Cargill’s other choices – where politics and cartel issues could hinder logistics and other operations in Mexico, for example, Cargill estimates that business in Costa Rica will be able to proceed uninterrupted. According to hese factors and more were taken into careful consideration before Cargill arrived at its decision:

“Cargill did studies and decided on Costa Rica because it is most effective and engaging for us. The decision was based on political and economic situations and the availability of trained manpower with knowledge of foreign languages”, said Burdett from San Pedro Sula, Honduras, where the announcement was made.

So far Cargill hasn’t released any estimates on how many jobs this new support center will create in Costa Rica – but if it’s successful, it could be a predecessor to more production and processing growth in the region as well, which will only add more. The support center is expected to be completed by the end of the year.