Can Sysco Save its Merger with US Foods? 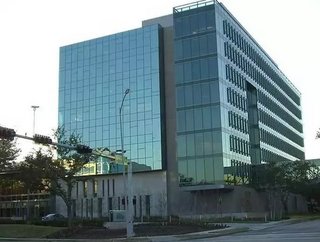 Sysco was making broad strides toward its $3.5 billion acquisition of fellow food distributor US Foods, when it hit a major roadblock in September &ndas...

Sysco was making broad strides toward its $3.5 billion acquisition of fellow food distributor US Foods, when it hit a major roadblock in September – the Federal Trade Commission might not be so willing to grant an unequivocal merger, but may instead be on the verge of labeling the Sysco-US Foods merger a monopoly and hitting it with an antitrust lawsuit. Can the merger be saved? It’s still quite possible – according to the New York Post, the distributor is in serious talks with the FTC in order to work through any issues before the commission makes its decision on October 31.

What are they talking about to make the merger happen? The most likely answer: divesting. When a ship is sinking, bailing out the water rising within it can be a big help in preventing disaster. Likewise, Sysco may have to bail out excess assets through divestiture in order to prevent a block against its desired merger. But according to the Post, the FTC has seen companies act recklessly in divestitures before and may want to be much more careful to make sure any sold off assets end up in capable hands before approving the motion:

If it demands divestitures, the FTC wants to see real buyers. The regulator is very conscious that when approving Hertz’s 2012 deal for Dollar Thrifty it approved a deal contingent on selling Advantage Rent A Car to what proved to be a small operator that was not financially viable. Advantage went bankrupt months later. Sysco at this point has not proposed any divestitures, a source said.

Still, even if Sysco has not proposed any divestitures at the moment, it’s ready to do so if the FTC requires it. Considering the size of the potential entity that Sysco and US Foods will create when they combine, it seems almost certain that such a requirement will emerge. From there, it will be up to Sysco to handle it well and seek out potential buyers wisely.