Black Swan, a Yorkshire village restaurant, is named the best in the world 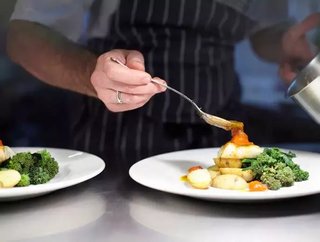 A family-run village restaurant in Yorkshire has been named as the “best restaurant in the world”, after winning the 2017 TripAdvisor Travellers...

A family-run village restaurant in Yorkshire has been named as the “best restaurant in the world”, after winning the 2017 TripAdvisor Travellers’ Choice Restaurants Awards

Brothers James and Tommy Banks took over the Black Swan, a village pub in Yorkshire, as teenagers and over the past decade they have turned it into the “world’s best-reviewed restaurant in the world” according to the travel website.

The Black Swan in Oldstead, North Yorkshire, is the first British restaurant to win the prestigious title since the awards began in 2012.

It also signals the end of Martín Berastegui’s two-year reign who helped the top spot with his three-Michelin-starred Lasarte restaurant in Barcelona since 2015.

The travel website said the winner was selected based on millions of reviews collected on the website over a 12-month period.

TripAdvisor said that the awards differ from others as they are based on feedback from guests and “not based on a small judging panel.

With a Michelin star and four AA rosettes, the restaurant beat competition from Heston Blumenthal’s The Fat Duck and Raymond Blanc’s le Manoir to the title as the UK and world’s best restaurant.

The owners say that the key to the restaurant’s success is the fresh fruit and vegetables it serves.

With about two-and-a-half acres of land, almost all of the restaurant's fruit and vegetables are grown on-site or in their parent’s nearby farm.

Head chef Tommy Banks was also the youngest British head chef to ever win a Michelin star four years ago at the age of 24.

The TripAdvisor website describes The Black Swan as: “A tantalising trip for the taste buds. This restaurant is truly a box of delights. The flavours, combinations of ingredients and skill in putting together the menu are joyous.”

A tasting menu at the Black Swan costs £95 per person.