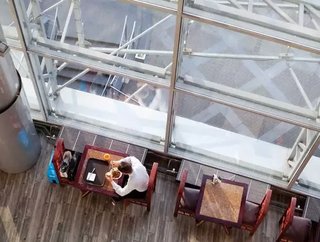 Travel caterer SSP Group has announced a 7.3% increase in total group revenue in its third-quarter, citing soaring airport traffic for its success. SSP...

Travel caterer SSP Group has announced a 7.3% increase in total group revenue in its third-quarter, citing soaring airport traffic for its success.

Additionally, the group’s part acquisition of Stockheim group, a travel concessions business based in Germany, added 1.3% to revenue.

Competition amongst airlines has kept fares low encouraging more people to go abroad. This has kept airports and in turn SSP outlets busy.

SSP noted that like-for-like sales growth in the UK and continental Europe was broadly in line with that seen in the first half of the year noting that this was “driven by ongoing growth in the air sector.”

Meanwhile, the travel caterer said that trading in the rail sector “continues to be softer” with strikes in France having a negative impact.

The FTSE 250 company also said it saw “good improvement” in its operating margin during the period.

“While a degree of uncertainty always exists around passenger numbers in the short term, we are well placed to continue to benefit from the structural growth opportunities in our markets and to create further shareholder value,” the group said in a press release.

SSP Group, which operates food and beverage brands such as Upper Crust and Ritazza, said that it anticipates like-for-like sales growth for the group to remain in the region of 2% to 3%.