With 3 Dead and 10 Ill from Listeria, Blue Bell Issues Massive Recall on All Products 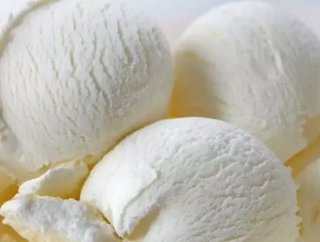 Blue Bell Creameries first started its recall in March, with the realization that half gallons of Chocolate Chip Cookie Dough ice cream were contaminate...

Blue Bell Creameries first started its recall in March, with the realization that half gallons of Chocolate Chip Cookie Dough ice cream were contaminated with the foodborne pathogen Listeria monocytogenes. But since then the Texas-based dairy products company has been recalling product after product in recent weeks, from ice creams to sherbets and frozen yogurts, in an effort to get in front of potential contamination.

Now, in light of a new CDC report asserting that Blue Bell products are responsible for a complex and ongoing outbreak that has left three dead and at least 10 others hospitalized across five states between January 2010 and January 2015, Blue Bell has moved forward with a total voluntary recall of all products from store shelves across the United States. The CDC is also advising for consumers not to eat any Blue Bell products whatsoever, for retailers and institutions not to sell or offer them.

“We are heartbroken about this situation and apologize to all of our loyal Blue Bell fans and customers,” said Blue Bell CEO and President Paul Kruse in a statement addressing the recall decision. “Our entire history has been about making the very best and highest quality ice cream, and we intend to fix this problem.   We want enjoying our ice cream to be a source of joy and pleasure, never a cause for concern, so we are committed to getting this right.”

At the moment, Blue Bell is still working to determine exactly where Listeria bacteria were introduced along its production facilities. As CNN reports, more than one strain of Listeria was found among patients—this suggests that the bacteria could have emerged from more than one production facility. In addition, while the milk that goes into Blue Bell ice cream products is pasteurized, the pathogen could have traveled in on any number of other ingredients like nuts that are mixed in for flavor.

In addition to its current “test and hold” protocol in place, Blue Bell is also committing to further measures implementing more expansive and stringent safety, sanitation, and testing strategies to improve conditions at its facilities and wipe out the problem once and for all. But until that happens, the company has no choice but to hold off on production and sales.