Have food manufacturers learnt their lesson from the last safety scandal?

By James Wood, Director of Business Development for EMEA and APAC at Aptean
May 17, 2020
undefined mins 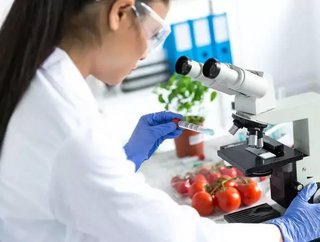 James Wood, Director of Business Development for EMEA and APAC at Aptean, investigates whether recent negative headlines have provoked manufacturers to...

James Wood, Director of Business Development for EMEA and APAC at Aptean, investigates whether recent negative headlines have provoked manufacturers to change their food safety processes.

Remember when one of the UK’s most prominent food manufacturers became embroiled in a major scandal after being exposed for committing numerous food safety and hygiene violations? While it’s easy for us to forget the story when it drops out of the headlines, the same can’t be said for the company involved, which continues to suffer from the fallout long after the public have stopped paying attention.

Looking at the food and beverage sector I ask: have manufacturers learnt their lesson, or should food safety still be right at the top of the agenda?

The issue of poor food safety is widespread across the UK. More than half of all the manufacturing plants audited by regulators have been found to be in breach of standards at least once in the past three years. Between 2014-2017, the FSA also uncovered an average of 16 major safety infractions every week.

There are even more recent examples of food safety failures. In July this year, 43 frozen vegetable products were recalled from major retailers over fears they might contain bacteria that could cause Listeriosis – a rare disease that can be fatal to humans and killed two people in the UK last year.

These examples offer a shocking verdict on the UK’s food industry, and on manufacturers in particular. Companies need to start asking themselves how they got to this point. There has to be accountability for failing food safety systems. Additionally, with the rise in safety issues coinciding with falling budgets for regulators, the industry clearly has to reassure consumers that its companies aren’t trying to cut corners at the cost of public health.

A world of food safety issues

Food safety is far from being an issue just in the UK. A recent scandal in the Netherlands saw millions of tainted eggs destroyed, with the Dutch food safety body implicated in the failure to properly protect consumers. Another incident saw a major multinational corporation pull products from the shelves over concerns they might contain strains of Salmonella.

The worst story, however, has to be the listeriosis outbreak in South Africa that has claimed the lives of more than 200 people so far – and people are still falling ill. Forget the reputational damage to your company for a second and imagine finding out that your inadequate food safety processes have led to a person’s death. It’s the nightmare scenario for manufacturers yet is seemingly at risk of happening every day.

All of these stories speak to a broken system that sees manufacturers ignoring their basic function to produce food that’s safe for people to eat. This simply has to change – and not just because it’s bad for business.

Why Brexit could make the situation worse

Of course, if guaranteeing food safety were as easy as recognising that there’s an issue, the stories above wouldn’t exist. There are a number of challenges that food manufacturers face in maintaining hygiene standards – and not all of them can be fixed with the click of their fingers.

For instance, even when a major scandal rears its ugly head, it can be difficult for manufacturers (who are already under enough pressure) to change course and make the necessary changes. Culture change doesn’t happen overnight; however, they can't just bury their heads in the sand. The sooner companies take their first steps in the right direction, the quicker they can guarantee safety.

For manufacturers, poor processes are a disaster waiting to happen. Many already can’t effectively manage food safety, so what happens if their businesses come to depend on it? UK supermarkets could well impose stricter safety standards on suppliers – and if they don't, they probably should. How will manufacturers prove they meet these standards if they don't have visibility of their factory floors?

Going beyond the UK market, manufacturers could find themselves having to work under a completely new export system this time next year. Imagine having to switch over to an entirely different set of (potentially more strict) regulatory requirements in such a short space of time. With the uncertainty around the outcome of Brexit, that possibility looks more likely by the day. Do manufacturers have the systems to handle this changeover at all, let alone smoothly?

Ultimately, I think the issue of food safety for manufacturers comes down to one thing: visibility. If the workforce at any given plant can see where their processes are going wrong, they can work out a fix and implement the changes. Without this overview, it’s likely that manufacturers only find out about an issue when the results (such as food poisoning) are clear for all to see.

This is why companies need to ditch their paper processes and bring in a Manufacturing Execution System (MES). This gives factories the ability to eliminate inefficient manual processes and see their operations in real-time – while acting upon issues as soon as they appear.

It’s a major step forward for the food industry. With automated electronic processes in place, food manufacturers can improve food safety standards (while proving it to retailers and consumers), prepare for regulatory changes and – importantly – avoid becoming the next scandal.

We’ll soon see which manufacturers have learnt the lesson and which haven’t – especially as it’s a lesson that could save businesses, livelihoods and even lives.