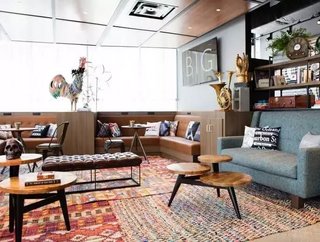 Marriott International has plans to expand its Moxy Hotels brand to 40 new destinations across Europe in the next three years. The ‘experimental’ h...

Marriott International has plans to expand its Moxy Hotels brand to 40 new destinations across Europe in the next three years.

The ‘experimental’ hotel brand hopes to build on its fast-growing market in the UK, Scandinavia, and Germany, in addition to entering new markets in key European destination such as France, Portugal and the Netherlands.

Moxy accelerated its brand growth in 2017 and aims to keep this momentum over the next three years.

With a portfolio of nine German hotels, Moxy is set open a further sixteen properties by the end of 2019 in key cities such as Frankfurt, Munich, Hamburg and Dusseldorf.

The UK expects to see a further five Moxy hotels by the end of 2018 alone with properties in Edinburgh, Glasgow, York and Southampton.

Meanwhile, in Scandinavia, the Marriott brand has further properties in the pipeline in Copenhagen, Denmark, and Stavanger, Norway.

He added: “Moxy’s flexible design makes it a smart choice for owners, as it easily adapts to a range of development projects, including the transformation of unconventional spaces – a spice warehouse, historical office building or vodka factory, for example – into a stylish, disruptive hotel experience.”

Making its debut in 2014, Moxy currently has 20 open hotels across the globe and is a largely franchised brand.

The brand also said that it is going to enter several new markets over the next three years, with hotels set to open in Portugal, Ireland, Greece, Georgia, Switzerland, Polan, France and the Netherlands.