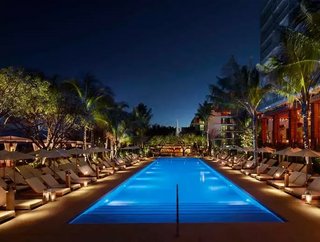 Marriott International revealed that 2017 was a “record year” for international expansion at the hospitality company, fueled by a series of successf...

Marriott International revealed that 2017 was a “record year” for international expansion at the hospitality company, fueled by a series of successful signings in Asia and Europe.

In 2017, the hotel giant signed over 750 contracts for new hotels, equating to nearly 125,000 rooms under long-term management and franchise agreements.

The US-based firm added 35 hotels and signed 12,000 rooms in Europe last year, now making it the third largest hotel group in the continent.

“After a successful year in 2017 which built on the added portfolio of hotels that the Starwood merger brought to Europe in 2016, Marriott International is well placed to continue its focus on growth for the continent,” said Carlton Ervin, chief development officer of Marriott International’s European division.

"With the choice of 23 brands across all lodging tiers we had a historic year for signing deals in 2017, so the momentum for this year is terrific.

"With more than 200 hotels in the pipeline for Europe, we will continue to increase our European presence this year, entering new markets with properties coming to Belfast, Kiev, Mostar and Tbilisi; joining key openings in Paris, London, Amsterdam and Athens,” he added.

Marriott recently launched its first affordable lifestyle brand, Moxy Hotels, in Europe and now has 30 open hotels across the continent with an additional 40 new sites to open by 2020.

The hotel firm said that its acquisition of Starwood Hotels and Resorts last year, as well as the growing popularity of its luxury brands, had helped to accelerate Marriott’s growth in the region.

On top of this, Marriott also announced that 2017 was also a year of historic international expansion in the Asia-Pacific.

This translates to 15% of its global rooms but nearly a third of the company’s pipeline.

Interestingly, Marriott also highlighted that, of the company’s room signings, nearly 80% were in the industry’s thee highest-quality tiers - luxury upper upscale and upscale - which is helping to drive revenue per available room and fee revenue.