Disneyland Florida will open a Star Wars space hotel in 2019 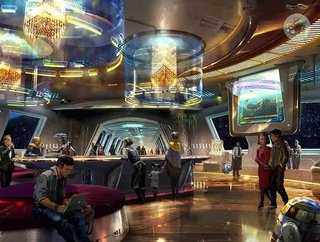 As part of a huge rollout of Star Wars-themed attractions across the world at various Disney parks, Disneyland Florida will house a hotel dedicated to t...

As part of a huge rollout of Star Wars-themed attractions across the world at various Disney parks, Disneyland Florida will house a hotel dedicated to the movie series.

Due to open in 2019, the hotel will be staffed by employees in costume and decorated to look and feel as visitors are in space. Each visitor will also be given their own storyline and invited to immerse themselves in ongoing plots around the site.

It is seen as a significant coup for Disney as it vies with the likes of Universal to secure the next best wave of attractions to lure visitors over the coming years.

The new Star Wars lands, based at Disneyland Anaheim and Disney World in Orlando, will open with two flagship attractions – one that gives guests the chance to pilot the Millennium Falcon on a customized secret mission, and one that puts guests right in the middle of a battle between the First Order and the Resistance.

Representing the largest single-themed land expansion at 14 acres each, the Star Wars-themed lands will open alongside the hotel in 2019.

Walt Disney Parks and Resorts Chairman Bob Chapek said: “To say we are excited for the Star Wars-themed lands to open in 2019 is an understatement. All along, we have said this will be game-changing, and through the model we can begin to see how truly epic these immersive new worlds will be.”