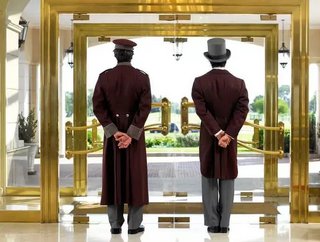 Hotel 41 in London, St. Michael’s Guest House in Scarborough, and Cedar Manor in Windermere were amongst the big UK winners in the second annual triva...

Hotel 41 in London, St. Michael’s Guest House in Scarborough, and Cedar Manor in Windermere were amongst the big UK winners in the second annual trivago awards.

Trivago, one of the world’s largest hotel price comparison sites, selected the best hotels and guesthouses in the UK across a wide range of categories such as 3-star, 4-star, 5-star, Alternative accommodation, Value for money and Chain Hotel.

Launched for the first time last year, a lot of the destinations have found themselves once again being singled out for an award.

Just as they aggregate hotel prices, Trivago also accumulates guest ratings and reviews to find out which hotels have the best ratings amongst travellers.

Using the trivago Rating Index (tRI), the comparison site uses data on over 175 mn guest reviews and uses an algorithm

“As an independent source of hotel information with data on over 175 million guest reviews, we are well-positioned to identify the top-rated hotels that excel at delivering exceptional guest experiences,” said Johannes Thomas, Managing Director at trivago N.V.

The trivago Awards give us the chance to recognise and honour the hard-working hoteliers behind these exemplary hotels, and we are thrilled to do so again this year.”

All winning hotels receive award-indicators such as certificates to display and widgets for their website and social media pages.

This year, the best value for money hotel can be found at St.Michael’s Guest House in Scarborough, according to the trivago awards.

Cedar Manor in Windermere was rated the number one 3-star hotel and the Clontarf Hotel in Llandudno was voted the best four-star hotel in the UK.

Just like last year, Hotel 41 in London was voted the best 5-star hotel in the UK, whilst The Arthington Guest House in  Blackpool topped the rating as the best alternative accommodation in the UK.