AccorHotels to snap up Mövenpick Hotels in $567mn deal 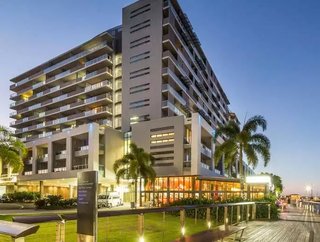 French hotel giant AccorHotels has agreed to buy Mövenpick Hotels and Resorts for CHF560mn (US$567 million).CEO Sébastien Bazin said that the move a...

French hotel giant AccorHotels has agreed to buy Mövenpick Hotels and Resorts for CHF560mn (US$567 million).

CEO Sébastien Bazin said that the move allows AccorHotels to consolidate its current footprint in Europe and accelerate its growth in emerging markets such as Africa and Asia.

Mövenpick Hotels & Resorts was founded in 1973 in Switzerland and today it operates over 80 hotels with a strong presence in Europe the Middle East.

The acquisition is just one of many under Bazin’s leadership, with the French group recently acquiring Toronto-based Fairmont Raffles Hotels International, owner of hotels including London’s Savoy Hotel, The Plaza in New York and the Raffles Hotel in Singapore.

This month, the firm also revealed that it had acquired a 50% stake in South African hotel firm Mantis Group in a bid to expand its footprint in Africa and the luxury travel market.

The French hotelier's acquisition's have been paying off. Earlier this month, AccorHotels reported a 9.5% rise in first-quarter revenue, driven by its strategic acquisitions and a strong performance in Europe and Asia-Pacific.

“With the acquisition of Mövenpick, we are consolidating our leadership in the European market and are further accelerating our growth in emerging markets, in particular in the Middle East, Africa and Asia-Pacific,” said Sébastien Bazin, Chairman and CEO of AccorHotels.

“The Mövenpick brand is the perfect combination of modernity and authenticity and ideally complements our portfolio. Its European-Swiss heritage is a perfect fit with AccorHotels.

“By joining the Group, it will benefit from AccorHotels’ power, particularly in terms of distribution, loyalty-building and development,” he continued.

“This transaction illustrates the strategy we intend to pursue with the opening up of AccorInvest’s capital: to seize tactical opportunities to strengthen our positions and consolidate our leadership, as well as leverage our growth.”