Taco Bell Touches Down in Shibuya: Is the Japan Market Finally Ready? 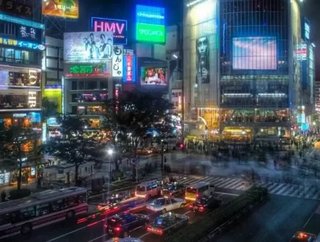 Late last year, Taco Bell announced plans to increase its global reach with an entrance into new markets around the world. Now these plans are starting...

Late last year, Taco Bell announced plans to increase its global reach with an entrance into new markets around the world. Now these plans are starting to come to fruition. Today Taco Bell kicked off its re-entry into Japan with the launch of a new location in Tokyo’s fashionable Shibuya district.

Taco Bell tried to enter Japan once before in the 1980s—but where its Yum Brands contemporaries like KFC and Pizza Hut have seen only explosive success in Japan, Taco Bell fizzled on its first attempt and ultimately withdrew. So what makes Taco Bell think that the outcome will be different this time around? As Taco Bell International President Melissa Mora explained to the Japan Times, this time Japan is ready and it has to do with a world that’s more connected through communication and social media—and thus more accepting of and interested in varied cultures:

“The world has changed,” Lora said. “Back then, no one took pictures of the food. With social media and all the focus on new, interesting foods that are in the world today, we feel now is the perfect time to come into Japan.”

Those predictions so far seem to be right on target. Customers were lined up well before the 10AM opening—with some showing up early as 7:30AM—all eager to get a taste of the brand’s tacos and burritos, including some special Japan-only items like a shrimp and avocado burrito and a mysterious Taco Rice. (Dear Taco Bell: can we get those in the US as well? Because honestly, they sound amazing.) According to reports, along with newcomers to the Taco Bell brand, the launch also attracted ex-pats from the United States craving a taste of home:

“We came here because we wanted to be the first,” said California native Jason Stillwell, a 37-year-old English teacher from Yokosuka, Kanagawa Prefecture. He arrived at the store at 7:30 a.m. to be among the first 100 patrons to get a free taco and a T-shirt. “I have a friend who’s a Taco Bell manager back home. So I emailed her and said ‘We have a Taco Bell in Japan too!’ ”

Welcome back to Japan, Taco Bell! Hopefully this stay will be a longer and more successful one.