Subway targets UK and Ireland expansion as US activity slows 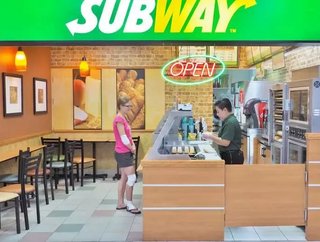 The world’s most well-known sandwich maker, Subway, is targeting another 500 store openings in the UK and Ireland by 2020. This will take the overall...

The world’s most well-known sandwich maker, Subway, is targeting another 500 store openings in the UK and Ireland by 2020.

This will take the overall number of stores up to the 3,000 mark, with the company saying is in line with increasing customer demand. It will also generate around 5,000 new jobs and place increasing pressure on other outlets such as Pret A Manger and Greggs.

In the USA, Subway is going through a phase of stagnation and decline regarding numbers of franchises opening. In the past year, 359 stores were closed amid growing competition in what is a hugely saturated market.

Already the world’s largest restaurant chain with 44,000 premises in 112 countries, Subway’s 2,500 UK and Ireland stores are run by around 900 franchises. Greggs is the next closest rival in terms of numbers, operating almost 1,700 outlets.

Subway is also considering a shakeup of its breakfast menu, with the company increasingly highlighting the comparative healthiness of its offerings compared to other fast food operators.

Its main menu of baguette-size soft bread submarine sandwiches will remain the major feature, with current favourites being the Italian BMT and meatball marinara.