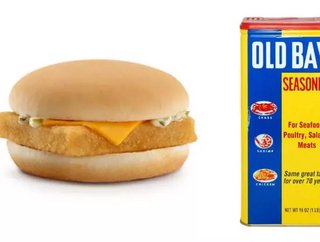 When it was announced that McDonalds would be getting a new CEO in March, many franchise owners asked for one thing above all: that incoming CEO Steve E...

When it was announced that McDonald’s would be getting a new CEO in March, many franchise owners asked for one thing above all: that incoming CEO Steve Easterbrook will slash the burger chain’s sprawling menu and get back to basics. But permanent items are one thing: when it comes to LTOs, especially regional LTOs, creativity is key. This month’s new menu item is just that, a seasoned twist on McDonald’s cult favorite and Lent season staple the Filet-O-Fish.

Starting on February 16, McDonald’s will debut the Old Bay Filet-O-Fish, a twist on the traditional sandwich featuring tartar sauce seasoned with the Maryland native seafood seasoning Old Bay seasoning from McCormick & Co. According to a press release, the partnership with McCormick & Co. is the brainchild of Mark Furr, McDonald’s franchisee who owns locations in Washington DC and Baltimore:

“McDonald’s is extremely excited to be able to deliver a true local taste to our customers via our classic Filet-O-Fish with a special OLD BAY tartar sauce,” said Furr in a press release.

“Old Bay is proud to collaborate with McDonald’s to offer a unique way to enjoy the distinctive flavor of Old Bay right in the Chesapeake Bay region,” said Ed Hernandez, Old Bay Brand Manager for McCormick & Co. in a press release.