McDonalds New Slogan is Certainly Something Else 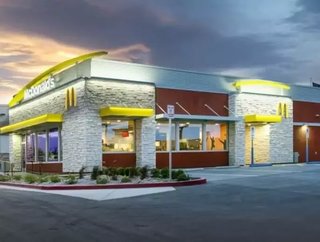 What do you do when you feel like everyone is hating on everything you do and youre being left behind by your slicker, younger, glossier peers? Most wou...

What do you do when you feel like everyone is hating on everything you do and you’re being left behind by your slicker, younger, glossier peers? Most would probably advise that you make like Taylor Swift and shake it off – recognizing that, all things considered, you’re still the most recognized brand in the world – and focus your energy on strengthening your engagement with your dedicated fan base. But instead, McDonald’s is pinning its hopes and dreams on a new slogan and marketing campaign that takes on the haters directly.

“Lovin’ Beats Hatin’” is the new slogan that, according to the Wall Street Journal, McDonald’s executives are hoping will “spread happiness in the face of Internet hate.” It could be construed as bandwagonning onto anti-bullying campaigns, but it’s hard to shake the feeling that it’s really about current negative consumer sentiment against the McDonald’s brand. The new slogan will reportedly be used in addition to (read: not replacing completely) the brand’s current I’m Lovin It catchphrase, with a campaign that is scheduled to launch on January 1 and crescendo with a 60-second ad spot during Super Bowl XLIX on February 1:

“We’re always working with our partners on great new creative,” said a spokeswoman for McDonald’s.  ”It’s highly speculative and premature to talk about Super Bowl ads and future campaigns for next year,” she added.

We know that McDonald’s has been in trouble for the past couple of years, and that its last quarterly report has been its roughest in more than a decade as younger consumers gravitate toward higher-end QSR brands like Chipotle or more media-savvy brands like Taco Bell. But we’re also just barely out of the gate with its current Mythbusting ad campaign, and it seems a little bit early for McDonald’s to be preparing yet another campaign designed to lure “haters” over to the other side. Hopefully the finished product will succeed in capturing that actual consumer appeal that the unfinished concept so eagerly reaches for.