McDonald’s Might Be Rolling Out All-Day Breakfast At Last 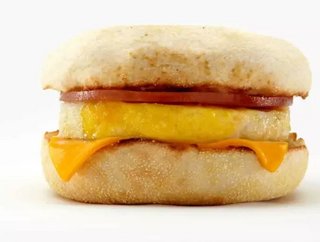 Taco Bell didn’t pull any punches last week with the rollout of its Breakfast Defectors campaign. While the campaign’s centerpiece ad never actually mentions McDonald’s by name, there’s no question as to who the brand’s competition with its clown-faced dictator and breakfast sandwich propaganda is supposed to be. With powerful shots clearly fired, McDonald’s is left with no choice but to respond and escalate Breakfast Wars even further.

So we’re not surprised at all that we’re coming into the new week hearing about McDonald’s breakfast menu—and we’re thrilled about what they’re finally bringing to the table. After years of clamoring and pleading from its consumer fan base, the wait may finally be over at last. McDonald’s might be finally—FINALLY—making its breakfast menu an all-day affair.

Today McDonald’s confirmed to the press that it plans to start testing 24-hour breakfast next month at several locations across the select test market of San Diego:

"We look forward to learning from this test, and it's premature to speculate on any outcomes," wrote spokeswoman Terri Hickey in an email [to CNBC]. "We're excited to serve our customers in this area some of McDonald's great-tasting breakfast sandwiches, hash browns and other favorites all day long."

If this test goes well, fans could look forward to McDonald’s rolling out 24-hour breakfast availability at locations nationwide. Not that this would come without difficulty—McDonald’s itself has explained in the past that serving breakfast all day could be prohibitively difficult due to space concerns that could limit and slow down production:

Why don’t you serve breakfast all day? Here’s the thing: it comes down to the sheer size of kitchen grills. They simply don’t have the room for all of our menu options at one time — especially considering we use our grill to prepare many items on our breakfast menu.

At Yahoo Finance, Scott Hume of BurgerBusiness.com echoed concerns that streamlining all-day breakfast into usual routines could present some serious challenges to McDonald’s franchisees, noting that the breakfast-blending McDonald’s After Midnight menu works as well as it does because overall traffic is much lighter during the after-midnight pre-breakfast hours.

But we know that McDonald’s is struggling. What’s more, Taco Bell’s increased breakfast menu and aggressive ad tactics have its main competitor backed into a corner. Fans have been asking for 24-hour McDonald’s breakfast for ages. It may not be the card McDonald’s necessarily wants to play—but at this stage in the Breakfast Wars game, it’s the card McDonald’s has to play if it wants to win.