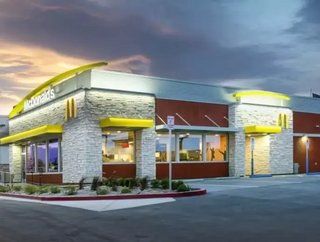 There are executiveson both sides of the minimum wage debate, but it seems that the overall tides of sentiment are at starting to turn. Its common knowl...

There are executives on both sides of the minimum wage debate, but it seems that the overall tides of sentiment are at starting to turn. It’s common knowledge that McDonald’s has been squarely at odds with the most vocal proponents of minimum wage increases, particularly those fighting to raise the federal minimum wage to $15/hr (double the current rate). But at a talk last month, given before Northwestern University’s Kellogg School of Management, McDonald’s CEO Don Thompson admitted that maybe an increase to the Obama administration’s recently proposed $10.10 minimum wage rate wouldn’t be too hard to handle after all.

"McDonald's will be fine," Thompson said in the May 12 discussion. "We'll manage through whatever the additional cost implications are."

Just admitting this is huge in the overall debate regarding minimum wage, but there’s more: Thompson also noted that, should the $10.10 minimum wage increase move forward, McDonald’s won’t be fighting it. To the contrary, the franchise will support it:

"You know, our franchisees look at me when I say this and they start to worry: 'Don, don't you say it. Don't you say we support $10.10,'" Thompson said. "I will tell you we will support legislation that moves forward."

It’s not a total and unconditional endorsement, of course – Thompson mentioned that the best way to roll out something like a minimum wage increase would be, which is not unreasonable – but it’s still a major tonal shift compared to the wall of opposition that McDonald’s had been striving to maintain:

Thompson was quick to add, though, that this also would be as good a time as any to stagger introduction of incremental costs faced by small-business owners (like McDonald's franchisees) seeking to comply with immigration reform and the Affordable Care Act. "If those things were laid out sequentially and strategically so that they don't create an overbearance on small business, I think that there's a way to do this," he said.

With the acceptance and compliance of such major forces as the CEO of McDonald’s, a federal minimum wage raise may be one step closer to fruition.