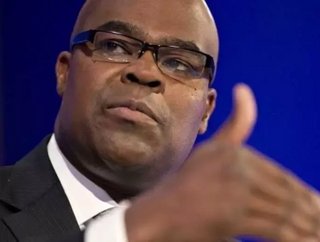 Big news out of McDonalds Corporation today: longtime McDonalds executive Don Thompson has announced that he will soon be stepping down from his role as...

Big news out of McDonald’s Corporation today: longtime McDonald’s executive Don Thompson has announced that he will soon be stepping down from his role as President and CEO. Current McDonald’s Chief Brand Officer Steve Easterbrook will be taking over the role starting on March 1.

In a press release announcing his retirement, Thompson expressed his feelings and endorsement for incoming CEO Easterbrook:

"It's tough to say goodbye to the McFamily, but there is a time and season for everything. I am truly confident as I pass the reins over to Steve, that he will continue to move our business and brand forward."

Easterbrook, a British-born executive who has himself built up a significant tenure with the McDonald's brand, also discussed his thoughts on the position he will soon be stepping into:

"I am grateful to have had the opportunity to work with Don and congratulate him on his remarkable career at McDonald's," said Easterbrook. "I am honored to lead this great brand, and am committed to working with our franchisees, suppliers and employees to drive forward our strategic business priorities to better serve our customers."

Thompson has held the role of CEO since 2012, but it hasn’t been easy—despite a host of plans to jumpstart sales, from graphic design upgrades for its packaging to a video campaign to combat reputation issues the franchise has been facing declining sales and profits for some time now.

Thompson discussed this decline in a conference call late last year, attributing part of the issue to younger customers and their desire for unlimited choices and meal personalization. While he also noted that McDonald’s is making an effort to keep up with such trends, expanding its build-your-own-burger program out of its initial test markets, that hasn’t been enough yet to curb issues and complications like last year’s food safety scandal in China. Last week McDonald’s revealed a significantly problematic Q4 2014 in its quarterly finance report, with a 7 percent revenue dip and a 21 percent dip in earnings.

In short, it’s going to be a tough road ahead for Easterbrook and for McDonald’s. But if its plans to reconnect with consumers work, the franchise may still be able to turn its profit issues around.