How Can Tabletop Touchscreen Tablets Improve Your Restaurant Game? 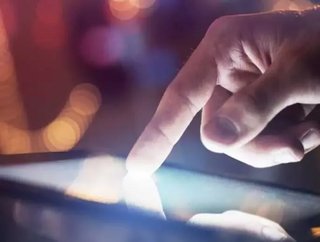 This week, burger franchise chain Johnny Rockets announced that it will start rolling out tabletop touchscreen tablets at its 200 United States location...

This week, burger franchise chain Johnny Rockets announced that it will start rolling out tabletop touchscreen tablets at its 200 United States locations at the end of October, with further plans to debut tablets at all of its locations around the world within the near future. Johnny Rockets may be the latest chain to introduce tabletop tablets, but it’s far from the only one. What is it about tablets that have chains and franchises jumping on the bandwagon?

Turning around tables means more business, so anything that can improve your timing is definitely worth looking into. According to Johnny Rockets, table turnover times improved by 11 percent since installing tabletop tablets. Other reports, which attribute this reduction in time to customers simply being able to pay and go instead of waiting for a waiter to bring out a check and return it for signing, suggest that overall restaurants can expect to shave about five minutes off their usual table turn times. That may not seem like much, but over the course of a day that’s a substantial amount of extra tables (read: paying customers) being served.

More money flowing into your restaurants is always a good thing, especially during the slower months. But according to some reports, having a tabletop touchscreen tablet on your diners’ tables will actually entice them to spend more. How does that work, exactly? Impulse control. If your customers have to wait for a waiter to come around before they can order another appetizer or a dessert, within that wait time they may rethink their choice and decide against it. But when the ability to add to your order is right there on the table, it’s a lot easier for diners to give in to instant gratification.

Studies suggest that the addition of tabletop tablets isn’t just good for your business – it’s also good for your employees. Printed-out tip suggestions on a paper receipt can be easily ignored. Most tablet-based payment systems, on the other hand, offer customers several choices of suggested tips that they can choose with the press of a single button. According to Eater, a study done by Chili’s showed that the average tip climbed from 15 percent to 20 percent after tablets were implemented.