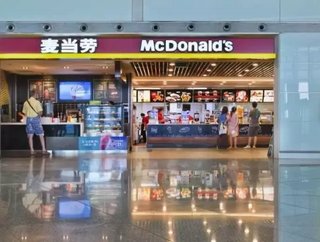 The QSR industry can look forward to some major gains in the next five years. Already a $477.1 billion dollar industry around the world, a new study rel...

The QSR industry can look forward to some major gains in the next five years. Already a $477.1 billion dollar industry around the world, a new study released by Transparency Market Research suggests that fast food market will exceed $600 billion by 2019 with significant growth in emerging markets.

The report, entitled Fast Food Market – Global Industry Analysis, Size, Share, Growth, Trends, and Forecast, 2013- 2019, acknowledges that North America was still the largest consumer market for fast food in 2012. But while that market is maturing, others are seriously starting to ramp up their interest due to a variety of factors ranging from an increase in disposable income to a growing acquisition of a taste for the convenience and relative affordability (and novelty) of Westernized fast food. According to the report, the top emerging markets that appear the most promising for rapid fast food franchise expansion between 2013 and 2019 are:

While all of these countries are primed for growth, some are growing at a faster pace than others. India, China, and Brazil in particular are being tapped by the report for especially strong growth potential. Transparency Market Research predicts that these three countries could experience growth reaching into double digits. Overall, fast food franchise growth in the Pacific Rim is expected to overtake growth in any other region. Meanwhile, global franchises may begin to slow down expansion in more mature markets like North America as they focus their energy overseas.