Chicken With Less Antibiotics Could Come to KFC 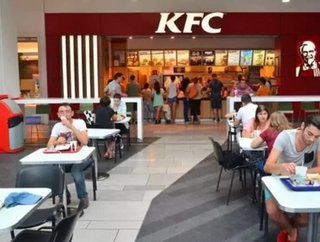 The winds of change are flying furiously into KFCs face. On March 4, McDonalds USA announced that it would stop serving chicken raised with antibioti...

The winds of change are flying furiously into KFC’s face.

On March 4, McDonald’s USA announced that it would stop serving chicken raised with antibiotics important to human medicine. The use of chicken raised this way has raised concerns the use of drugs has “exacerbated the rise of ‘superbugs’ that resist treatment,” reports Reuters.

McDonald’s new policy supports the company’s new Global Vision for Antimicrobial Stewardship in Food Animals. McDonald’s and its chicken suppliers are working closely to implement the new antibiotics policy within the next two years. Sick chickens may still be injected with antibiotics important to human medicine but they will be excluded from the supply chain. Farmers will continue to use ionophores, a kind of antibiotic not used for humans that aids chickens’ health.

According to Reuters, “McDonald's [...] worked with a wide range of stakeholders, including environmental group Friends of the Earth, to develop its U.S. chicken guidelines.” Other organizations that helped Friends of the Earth persuade McDonald’s to change its policy include the Natural Resources Defense Council, Consumers Union and the Center for Food Safety.

McDonald’s has also been persuaded by the exodus of diners from its restaurants to chains like  Chipotle and Panera who use antibiotic-free poultry.

The announcement by McDonald’s puts immense pressure on KFC to change how the poultry it buys is raised.

KFC already knows what customer aversion to antibiotic chicken can do to its sales. According to Reuters, towards the end of 2012 the Shanghai Food and Drug Administration, which was investigating allegations of tainted KFC products in China, said that the restaurant chain was supplied with chicken containing excessive amounts of antibiotics. Chinese consumers stopped eating at Chinese KFC restaurants by the droves. KFC had to launch a damage control public relations campaign.

Yum Brands Inc which owns KFC along with Taco Bell and Pizza Hut, has no publicly stated policy on the use of antibiotics in the production of the meat it buys. According to Reuters, Yum Brands Inc. has stated, “The chicken served in our U.S restaurants is USDA high quality, and free of antibiotics.”

The statement is specious, however, because “The antibiotic-free statement refers to a lack of residue in the meat served at its restaurants and not the practice of delivering antibiotics to chickens before they are slaughtered,” said Steven Roach, food safety program director at Food Animal Concerns Trust in Chicago, to Reuters.

Until now, Yum Brands Inc, along with its U.S. chicken suppliers, like Tyson Foods Inc and Koch Foods Inc, are staying mum on the  issue. Undeniably, though, the clock is ticking for them.