Is the World Really Running Out of Chocolate? 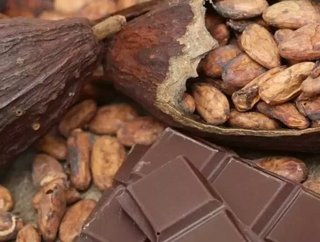 From a purely emotional standpoint, most of us know that chocolate is well worth its weight in gold. But in the near future, comparing cacaos value to g...

From a purely emotional standpoint, most of us know that chocolate is well worth its weight in gold. But in the near future, comparing cacao’s value to gold could be accurate from an empirical standpoint as well. According to a report in Bloomberg, major confectionery producers like Mars Inc are expressing concern that chocolate is becoming an increasingly scarce commodity—by 2020, a 1 million metric ton chasm is expected to form between rising consumer demand for chocolate and what the chocolate industry can actually deliver—and it may be up to food scientists to engineer a solution to keep the chocolate industry afloat.

Every now and then we hear about dire shortages of certain products or commodities, ranging from butter to vanilla extract to Velveeta processed cheese. Some of the shortages are very real, while some turn out to be more manufactured panic. In the case of chocolate, however, researchers are finding that this shortage might be the real deal and growing rapidly. The gap between production and demand is expected to grow by an additional million metric tons every decade. As Bloomberg reports:

Last year, we again consumed more cocoa than we were able to produce. This year, despite an unexpected bumper crop, supply barely kept pace with the recent upswing in demand. From 1993 to 2007, the price of cocoa averaged $1,465 a ton; during the subsequent six years, the average was $2,736 -- an 87 percent increase.

It seems like this trend is destined to continue, thanks to blight issues like frosty pod that have decimated cacao farms in recent decades and thwarted efforts to ramp up production to supply the growing demand:

Chocolate lovers rarely pause to consider that cocoa might be an exhaustible resource. Those who do generally assume that the biggest threat is climate change, which is indeed expected to have severe negative consequences... [Still] however catastrophic, the threat of drought pales in comparison with that of disease. Frosty pod colonized Costa Rica in just two years. Witches’ broom, another devastating fungus, in 1989 infiltrated the Brazilian state of Bahia, a cocoa-producing powerhouse whose yield subsequently collapsed, falling by more than half, from 300,000 tons to 130,000 tons annually, in a decade.

The only way to fight this is going to be to breed cacao plants that are more resistant to blight and drought, but the slow growing nature of cacao means that this could take a while. According to the report, those who have been working to create new hardier strains of cacao already have been selecting for strength over taste, leading to new cacao types that leave a lot to be desired:

When generation after generation is subjected to a single-minded focus on abundance, taste is the inevitable casualty. Many chocolate makers outright refuse to use CCN51 beans. Guittard Chocolate Co., one of the finest chocolatiers in the U.S., is one of them.“I think it has lowered the quality of Ecuadorean cocoa,” says Gary Guittard, the company’s president, who worries about the “incremental degradation” new varieties like CCN51 will visit upon chocolate.

These factors are all adding up to big problems for the industry moving forward. As Bloomberg reports, agricultural researchers in many different countries are working and collaborating in an effort to create healthy cacao hybrid varieties that offer more complexity and sweetness than the problematic CCN51. There are some promising leads, but no gold standard yet.

But the clock is ticking, and a good contender is going to be in high demand very soon. Otherwise, acceptable chocolate could be on its way to a new role in the food industry as something luxurious, coveted, and hyper-rare—and, much like bananas of the past versus bananas today, the chocolate that we eat in the future could be very, very different from the chocolate that we will come to remember.