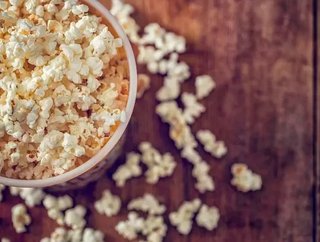 The largest British-owned crisp and snack manufacturer, Tayto Group, has announced that it has bought its second popcorn brand, Pop Notch Ltd. Under th...

The largest British-owned crisp and snack manufacturer, Tayto Group, has announced that it has bought its second popcorn brand, Pop Notch Ltd.

Under the deal, Tayto Group will acquire a range of assets from Northern Ireland-based popcorn company Pop Notch Ltd., including the company’s trademark, brand name and machinery.

The acquisition comes shortly after Tayto announced it had bought a majority stake in UK-based popcorn maker Portlebay Popcorn.

The newly acquired assets will be transferred to Portlebay’s production premises.

The deal highlights Tayto's efforts to expand its manufacturing capabilities.

“We are currently going through a phase of planned growth in the company and this acquisition of a bundle of assets from Pop Notch is one of several recent purchases for us and as we already own a popcorn business, this was a natural fit,” said Tayto CEO Paul Allen.

“We are constantly looking at ways to expand and to secure the Group’s long-term future.  The past few years have brought a lot of uncertainty and some challenges to the market, so being adaptable and able to develop through a variety of channels is essential for the sustainability of our business.”

According to a report by Bridgethorpe, UK popcorn sales rose more than 10% to £152mn ($217mn) in 2017, partly boosted by the snack’s perceived health benefits.

Data from Euromonitor also reported that British customers consume twice as much popcorn as any other European nation, with only Americans eating more.