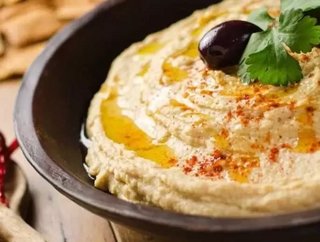 The potently dangerous, yet often forgotten, foodborne pathogen Listeria monocytogenes is really on a bid to make itself known this season. Today Sabra...

The potently dangerous, yet often forgotten, foodborne pathogen Listeria monocytogenes is really on a bid to make itself known this season. Today Sabra Dipping Company announced a voluntary recall of approximately 30,000 cases of Classic Hummus, due to the fact that the cases may be contaminated with the Listeria pathogen.

According to a joint press release issued by Sabra Dipping Company and the U.S. Food and Drug Administration (FDA), the contamination was found during a routine sample collection taken on March 30 by the Michigan Department of Agriculture and Rural Development. The sample tested positive for Listeria, which has in turn led to the recall.

Five items have been affected by the recall. These include:

So far no cases of Listeria have been linked to Sabra hummus, but the company isn’t taking any chances. In most patients, the bacteria will cause severe food poisoning symptoms like nausea, diarrhea, abdominal pain, and headaches. But in young children, the elderly, and other immune-compromised people it can be deadly. As the New York Times points out, Blue Bell ice cream contaminated with the Listeria pathogen led to five hospitalizations and three deaths between 2011 and 2014.

Sabra is encouraging anyone with a product that fits the recall description to either dispose of the product or take it back to the point of purchase for a full refund. Anyone with further questions is directed to try calling Sabra’s toll free number at 1-888-957-2272, Monday – Friday 9:00AM to 4:30PM Central Time.