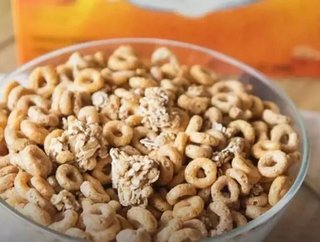 General Mills is catching some flak from vocal critics over the newest iteration of its cornerstone Cheerios breakfast cereal brand. That new iteration...

General Mills is catching some flak from vocal critics over the newest iteration of its cornerstone Cheerios breakfast cereal brand. That new iteration is Cheerios Protein – produced with flavors like Oats and Honey and Cinnamon Almond, but fortified with soy protein and lentils to boost its protein factor. Lentils in breakfast cereal is definitely quirky, but is it really something to be that skeptical about?

Hardly. With Cheerios Protein, General Mills is just getting involved in one of the year’s hottest food production trends – alternative forms of protein.

In the run up to 2014, analysts predicted that consumers would be feeling burnt out on traditional protein sources like bacon and steak, and would be looking for protein alternatives like fish and plant-based sources to meet their needs. In response, the industry has been rushing in with products meant to meet those anticipated desires with products like high protein drinkable yogurt.

That early rush has paid off – true to those predictions, consumer interest has blossomed in lockstep with production. “Consumers want more protein in their diets,” Harry Balzer, chief industry analyst and author of Eating Patterns in America, told Food Navigator in March. “While our interest in protein is growing, we’re looking for alternatives to meat.”

By now, halfway through the year, consumer interest in protein fortification is unshakable – which means that even products like Cheerios that are not usually known for their protein content (as opposed to already protein rich products like yogurt) are trying to get in on the action. Why not? As reports point out, breakfast cereal sales growth has leveled off compared to products like yogurt that are still having their heyday. If cereal brands can utilize the power of protein to regain some of that breakfast market share, they would be remiss not to at least try. General Mills for one is making no bones about its goal to pique consumer curiosity with this new offering:

“We focus on providing products that we know that consumers want,” Mike Siemienas, a General Mills spokesperson, told The Huffington Post by phone. “Obviously protein products have become very important to consumers.”

In short, the lentils may take getting used to, but one can’t blame General Mills for taking the risk of a strange ingredient for the potential payoff from giving consumers more of the protein they want.