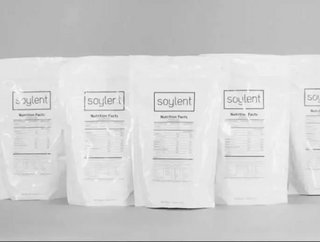 Due to its popularity in the United States, powered meal-in-a-packet Soylent will soon be embracing the Canadian market. If youre too busy to shop for f...

Due to its popularity in the United States, powered meal-in-a-packet Soylent will soon be embracing the Canadian market. If you’re too busy to shop for food or cook—specifically CEOs who often spend more than eight hours a day at the office—Soylent is a convenient, affordable and nutritional approach to consuming a meal.

Advertised by creator Rob Rhinehart as being a meal replacement product that meets all nutritional requirements for an average adult, this drink offers rice protein, oat flour, Canola and Oleic Sunflower Oil.

Originally reported by OurWindsor.ca, Soylent will officially be hitting the Canadian market, offering a different eating method to those who are in a hurry and searching for an affordable and convenient meal.

“Why are we still stuck with these relatively ancient whole foodstuffs?” Rhinehart stated.

Rhinehart considers Soylent to be a tech company that is actively trying to disrupt a broken system (i.e. the delivery of essential nutrients to the human body—eating food). However, Soylent is ultimately just another health “gimmick” that will most likely soon be forgotten.

Gimmicks don’t usually work, but if they do, they don’t often last. Sure, the idea of consuming Soylent in place of meal at first may seem new, refreshing and even fun. But how long will it be before the novelty wears out?

It would appear that Soylent checks most of the necessary boxes for nutrition based on current understandings of the human diet. Therefore, if someone does choose to substitute a meal with Soylent, he or she should still be able to get the proper provisions as if they’d actually consumed food.

But in order for this meal replacement to work and set out what it’s intended to do, a person will have to consistently use Soylent, which could get old—quickly.

Look at it this way: do you want to consume chicken every single day? How long are you going to consistently drink Soylent before you want something different? Furthermore, if you have a lunch meeting, how likely are you to drink Soylent in front of a client?

While no peer-reviewed studies have been published that compare Soylent either to a diet of traditional whole foods or to the typical chronic disease-promoting Western diet—high in fat and sugar. Soylent says it has several of its own studies underway. But what are these studies and why haven’t they been released to the public?

Canada Research Chair in the department of medicine and nutritional sciences at the University of Toronto and St. Michael’s Hospital David Jenkins reacted to Soylent’s nutritional profile and business model with wary approval—but approval, nonetheless.

Rhinehart believes that cooking should be more of a hobby and eating more of a social activity to receive the calories and nutrients your body craves on a regular basis.

Whether a person wants to use Soylent for convenience or as a method to eat healthy and possibly lose weight doesn’t really matter—the best thing for your body is taking the time to eat healthy and exercise. It’s important to take time out of your day to enjoy a meal—a real meal—not a meal in a glass.

Soylent has already proven its success in the United States, assisting those who are too busy to cook. However, Soylent is just ultimately another gimmick that will eventually tire out. Whether they admit it or not—people enjoy eating food.

RECENT TOPIC: The top 5 mining companies in Canada who are doing it right