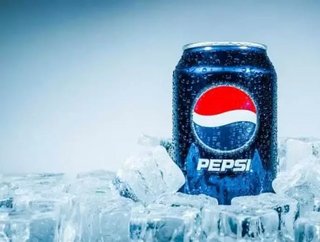 Last year was a strong one for PepsiCo. This week the global soft drinks and snacks brand released its full fourth quarter and year-end financial result...

Last year was a strong one for PepsiCo. This week the global soft drinks and snacks brand released its full fourth quarter and year-end financial results, and showed off consistent growth quarter after quarter to meet—and in some cases exceed—all of the financial targets it set for 2015.

According to the report, PepsiCo achieved 4 percent organic revenue growth in Q4, with 5 percent organic revenue growth for the full year. PepsiCo also reported a core constant currency EPS growth of 10 percent by the year’s end, above and beyond the 8 percent projection anticipated at the end of Q2. Of particular note is that its North America Beverages sector enjoyed its best profit results in three years—the year saw an organic volume increase of 1 percent, an organic revenue increase of 3 percent, and a 7 percent core constant currency operating profit growth.

This wasn’t necessarily an easy feat to achieve. It has been a difficult year in many aspects, especially in the soft drinks sector which saw declines in general. But the company attributes its savvy in diversification, plus a focus on new products and effective marketing, to its overall year-end success.

“Our portfolio has been strategically designed to weather the current macroeconomic challenges,” said PepsiCo Chairman and CEO Indra Nooyi. “Our results reflect the balance of our brand portfolio, geographic footprint, consistent marketplace execution and a relentless focus on productivity. While facing the challenges of a choppy macro environment, we continued to make thoughtful investments in our future. By making investments in our brands, product innovation and supply chain, we have fortified our business for sustained growth.”

So what’s next for the year ahead? In the report, Nooyi offered her projections for 2016.

“Looking ahead to 2016, we expect solid financial performance despite expected continued macroeconomic challenges, particularly in certain key developing and emerging markets,” she said, noting that returning cash to shareholders will remain a top priority for the brand. “We are increasing our divident per share for the 44th consecutive year, beginning with our June 2016 payment, and we expect to return approximately $7 billion to shareholders through a combination of dividends and share repurchases.”